Skip to main content
The Kingdom of God – Part 6

Dwight Fletcher | The currency of the kingdom 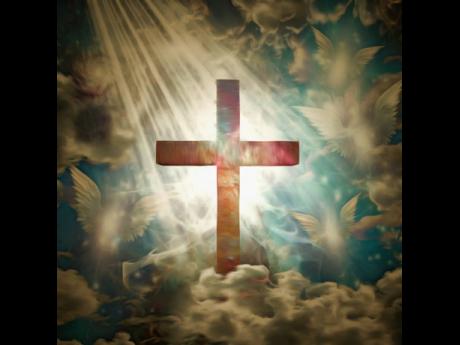 Over the last few weeks, we have been discussing the kingdom of God, what it is to be a citizen in God’s kingdom, as well as the responsibilities, rights and privileges that come with its citizenship. This week, we look at the currency of the kingdom.

Every kingdom has a monetary unit of currency. In Japan, the currency is the yen; in England, it’s the pound; in South Africa, it is the rand; and in many countries, it’s the dollar.

In Jamaica, the dollar is used to acquire goods and services. On its own, the material make-up of a dollar bill or coin has little value – we don’t generally mix it with mortar to build a house; we cannot drink it to satisfy thirst; nor can we cleanse a colon with it. But the paper or metal represents an exchangeable value for whatever amount is printed on it, as endorsed by a financial authority and accepted globally. It is what money empowers us to do that makes it important.

In a somewhat similar way, faith is the unit of currency that is used in the Kingdom of God. With it, we can touch and access things – every resource in the realm of God that He possesses on behalf of humanity. “Now faith is the substance of things hoped for, the evidence of things not seen.” Hebrews 11:1 (NKJV). On earth, a $500 paper bill in a rich man’s hand is the substance of a loaf of bread not yet seen. In the kingdom of God, faith in the heart of a praying grandmother is the same substance of that loaf of bread not yet seen.

As far as the kingdom of God is concerned, the only means by which we can make any legitimate transaction is by faith; “… everything that does not come from faith is sin.” Romans 14:23 (NIV). Even the salvation of our souls is received by faith. “For it is by grace you have been saved, through faith…” Ephesians 2:8 (NIV).

This faith is in the One who saved you – God. Nothing can be received from the kingdom without faith, as faith is its currency. Hebrews 11:6 (NIV) says “…without faith it is impossible to please God, because anyone who comes to Him must believe that He exists and that He rewards those who earnestly seek Him.” Faith prompts us to pursue God since He exists and He can give us what we need.

Remember, Hebrews 11:1, as referenced above, doesn’t say ‘then, faith was’, nor does it say, ‘later, faith will be’. It says ‘now faith is’, in the present tense.

There are things that God did for us in the past based on our faith and that was good. But today we must exercise today’s faith. I can believe for something in the future, but the faith is always exercised in the present. Faith needs to be a present continuous in our lives … “The righteous will live by faith.” Romans 1:17 (NIV). We enter God’s kingdom by faith and we continue in God’s kingdom by faith.

Next week, we will delve more into what faith is, how we acquire it, and how we apply it in order to reap its benefits.