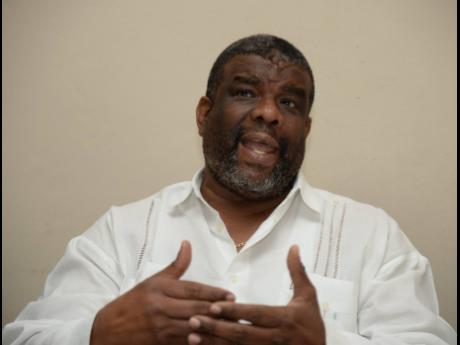 The chief executive officer of the May Pen Hospital has been tapped to replace Errol Greene as director of the Western Regional Heath Authority (WRHA).

His successor will be St Andrade Sinclair.

Greene, who declined to give a timeline for his departure, disclosed that he was facilitating the changing of the guard. He also reserved comment on his immediate future.

“I have been asked to take up responsibilities elsewhere, but I have still not seen anything official coming from the place that I am supposed to be going to, so I think any discussion on that would be premature,” said Greene.

“... I am now in the process of showing the new guy (Sinclair) around.”

Greene, who previously served as CEO of the Kingston Public Hospital, replaced Dr Ken-Garfield Douglas as head of the WRHA in 2018.

A former town clerk of the Kingston and St Andrew Municipal Corporation, Greene joined the WRHA as a noxious fumes crisis was taking hold at the Cornwall Regional Hospital, the only Type A medical facility in the west.