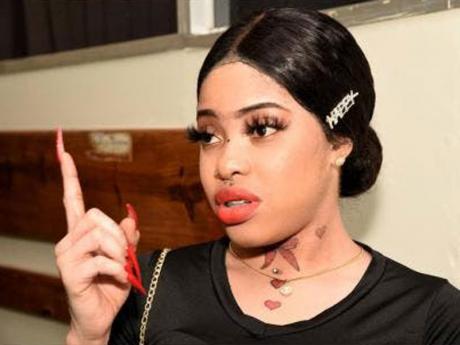 Internet sensation Ivany Wright is scheduled to appear in the Kingston and St Andrew Parish Court on May 12.

On Friday, her larceny case was mentioned before Chief Parish Judge Chester Crooks.

However, Wright and her co-accused Kimberley Benjamin, who are both in custody, were not at court.

It is alleged that on the night of November 6, 2020, the two accused along with two of Wright's friends went to a Corporate Area restaurant.

Wright reportedly asked to use her friends' phones to take pictures.

It is further alleged that she left the group and went outside and then disappeared.

The complainants say Wright and Benjamin stole an iPhone XR and an iPhone 11 Pro-Max.

Wright, 22, has another matter pending at the St Ann’s Bay Parish Court in relation to fraudulent conversion charges.