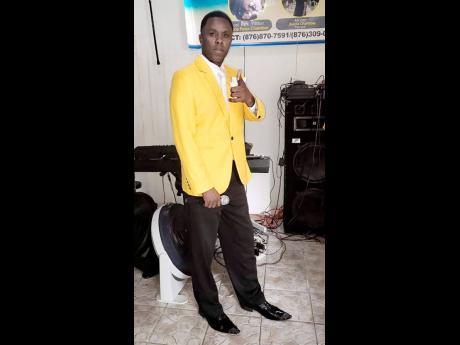 St. Ann pastor, Peter Chambers, who was earlier this week arrested for his controversial remarks predicting the death of Prime Minister Andrew Holness, has been released from jail.

However, he says the police are still investigating and have confiscated his cell phone.

Chambers was arrested on Wednesday morning by a team from the Counter-Terrorism and Organized Crime Investigation Branch (CTOC), following his campaign on social media against the government's restrictions to reduce the spread of COVID-19. As part of its measures, the government has implemented restrictions for places of worship.

A quantity of foreign currencies was also allegedly seized during the police operation.

Chambers,  claiming vindication yesterday, was cheered on by supporters in the Brown's Town Market during an interview, some of whom hailed him as a prophet. He said during his time in lock-up he was treated well by other inmates, who he said, treated him like the former Tivoli Gardens strongman, Christopher 'Dudus' Coke.

Chambers insisted that the police have no case against him and that his constitutional rights were breached.

"I have not been charged. There is no case. All is just allegations," he said.

He claimed that the controversial video of him being circulated was tampered with. In the video he said the prime minister would "go down" for fighting against the church.

"They claim that I threatened the government. What they do is fix the video... If you look into the content of the video you will know... that is not a threat," he insisted.

"Right now CTOC mesmerised. They should have let me go from the first day, but they wanted to interrogate me. That's why they shut me down. They violate my constitutional rights, but me a go leave them to God," he remarked.

Chambers maintained that he had no political motive when making the remarks. He also said, despite his arrest that he harbours no ill feelings towards the prime minister, the government, or anyone else.

"Love, love, love... Everyone of them, even when they apprehended me... the Bible say love your neighbour as thyself, so I love Andrew and I love everybody, even in Brown's Town who were rejoicing, just tell them that me love them and I forgive them, because they know not what they have done," he said.