Former JTA president axed from board of Tip Friendly Society 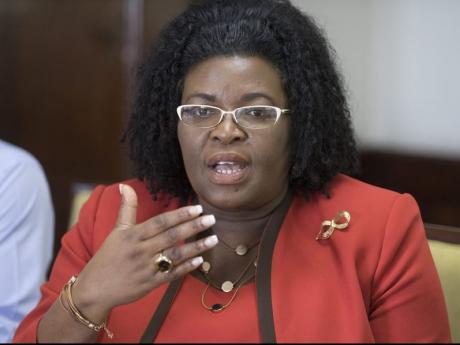 Georgia Waugh Richards ... was controversially appointed to the executive board of Tip Friendly Society.

Tip Friendly Society is a credit union for teachers.

Educators Kaydian Scott and Cecelia Grant Francis, both of Mandeville, Manchester, had filed an application seeking permission to go to the Judicial Review Court to challenge the appointments of Waugh Richards and Petersfield High School teacher Terrence Brown.

Waugh Richards was controversially appointed to the executive board of the society while Brown was appointed to its credit committee.

READ: Educators challenge appointment of former JTA boss, another to Tip Friendly board

In the court papers, the Registrar of Cooperatives Errol Gallimore was named as the respondent.

At the society’s annual general meeting in July last year, member Patrick Smith nominated Grant Francis to the board and Scott to the credit committee.

But Gallimore declared their nominations null and void, saying Smith was not compliant with all relevant rules of Tip Friendly Society.

Scott and Grant Francis contended that the registrar acted wrongfully.

They also said he breached the principles of natural justice and that as a result, they had suffered hardships.

After months of legal wrangling, the parties have now reached an out-of-court settlement.

The Gleaner has obtained a copy of the settlement.

It details that as a result of the failed election of the applicants, regulation 15 of the Friendly Societies Regulation was being invoked.

The regulation dictates that in the event of the failure of an election in respect of any officer, those previously appointed shall continue in office pending the holding of a valid election for the particular office.

This means that Grant Francis would be returned to serve on the Tip Friendly board instead of Waugh Richards.

At the same time, Garvey Maceo High School principal Erica Ewbanks will retake her place on the credit committee instead of Terrence Brown.