Fishersfolk at wits end as lockdown puts a dent in sales 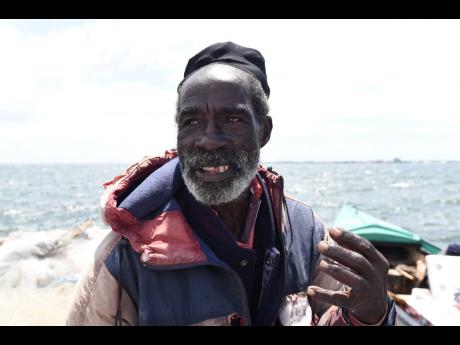 Ian Allen
Errol, a Rae Town based fisherman has been facing hardships and barely able to make ends meet. But, he says, that the Government has taken the right decision to impose weekend curfews to tackle COVID-19 surge. 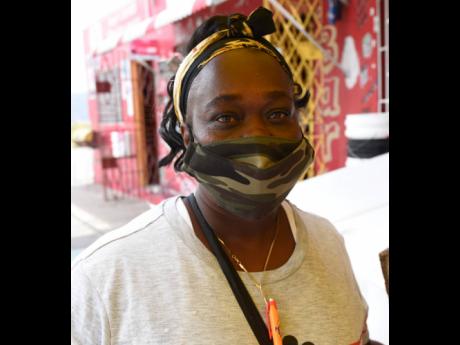 Ian Allen
Angella a fish vendor at the Rae Town Fishing Village, is counting her losses as she has fish stocked and the weekend lockdowns have put a dent in sales. 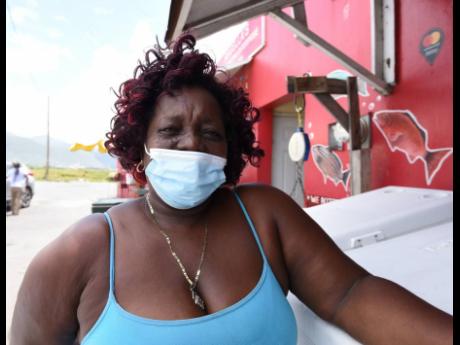 Ian Allen
Julett, a fish vendor at the Rae Town Fishing Village in Central Kingston, says the weekend curfews are hurting the business.
1
2
3

Fisherman Errol was in a foul mood when The Gleaner caught up with him at the Rae Town Fishing Village, downtown Kingston. One of his friends had made a commitment to a customer that she could get fish to buy and Errol was livid because his catch wasn’t even enough to cover the cost of the trip to sea.

Between ‘cussing’ out his friend, he explained that the entire catch was for another customer who had advanced him $40,000 to go to sea and that was the only reason he had been out all morning, battling the breeze. His reward for that effort was a paltry 29 pounds of yellowtail snapper.

However, despite the hardships he had just encountered at sea, the veteran fisherman was in favour of the lockdowns over three consecutive weekends, which will hit him hard in the pocket. His philosophical take on the issue, which is poised to negatively affect the lives and livelihoods of thousands of people across the island, was different and surprising.

“Lockdown need fi lock down,” he said. “You want dead or you to live? Well if you want live, you haffi lockdown fi live. A long time him (Prime Minister Andrew Holness) shoulda draw fi drastic measures, but him deh deh a play with it.”

Out at the front of the beach lined with vendors’ stalls, we caught up with Julett and Angella who argued that the half-day opening Saturday was sure to hurt them badly, with the lockdown for the Easter Weekend the most devastating.

“We only have the half-day Saturday, when normally we would have the whole day and now we can’t work no time. Sunday, no time at all, come back again Holy Thursday, Friday, Saturday half day, it rough man.”

For this reason she will not stock up in anticipation of the usual uptick in business.

“Say for instance we woulda usually sell 300 pounds, now we haffi drop back to bout 100 pounds because the people cannot come out to buy fish. So it don’t make sense. Easter a the top selling time for all fish vendors, so we get a big beaten.”

Angella is already counting her losses, explaining that the restriction will hurt vendors like herself.

“We have a lot of fish ice up (on ice) and when time them lock it down, how the fish them ago sell? We have bad weather from January until now and them come with this? It naw go work, can’t work, trust me. Right now we don’t even know weh fi do and we have whole heap a boat a sea.”

The curfew hours had already cut into their sales and so the vendors were really looking forward to Lent, and particularly the period leading up to the Easter weekend, to cash in but the lockdown has hit them hard, according to Angella.

“Business drop bad, we get a beaten because a Sunday when we get the best selling out here. When nobody nuh come buy during the week, you know we can depend on Sunday fi put on we pot,” she explained.

In fact, with businesses closing by noon on Friday and a total lockdown on Sunday, Angella is anticipating that the half-day shopping window on Saturday could backfire.

“If the usual Sunday people come meet up with Saturday people, it is gonna be jampacked with everybody turning out at to look fish on Saturday. It is going to be crowded.”