Visually impaired man now wants help for his other children 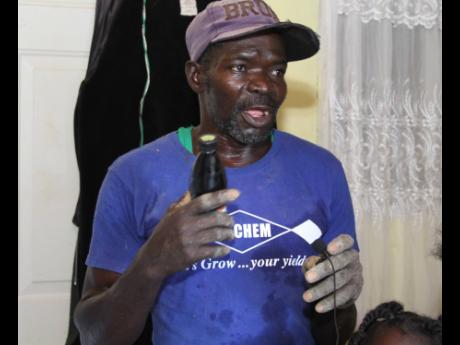 Nathaniel Stewart
Clifford Johnson shares the struggles he is currently having while celebrating the gift of a house his sister received from Food For The Poor in partnership with BOOM Energy Drink. 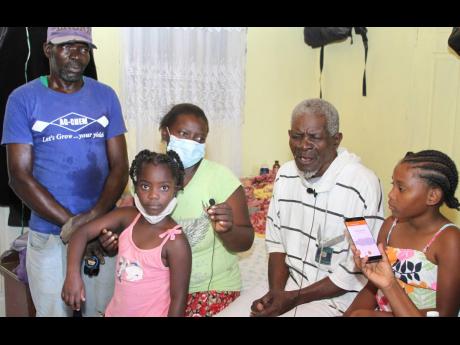 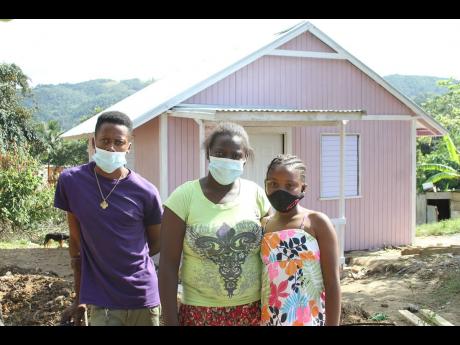 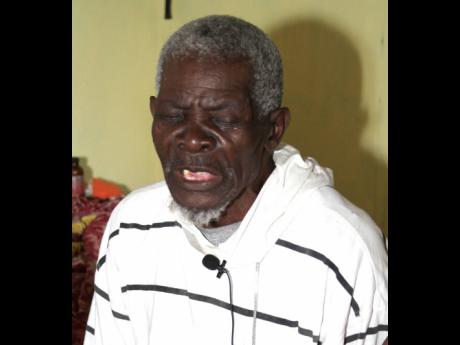 Nathaniel Stewart/Photographer
Visually impaired Lionel Johnson of Boghole in Clarendon is giving thanks to Food For The Poor and BOOM Energy Drink who partnered to build a house for his daughter Evadney Johnson and her five children, as part of the ‘Tan Ah Yuh Yaad’ initiative. Johnson provided the land for the house.
1
2
3
4

Lionel Johnson is now blind and crippled, but there is one thing he has, and that is a firm belief in God and His ability to answer prayers.

In a sit-down with The Gleaner at his Anderson Town, Clarendon, home, Johnson revealed that “night and day” he has been praying for his youngest child, Evadney Johnson, who, on March 23, received a two-bedroom house from Food For The Poor – one of 10 being funded by BOOM Energy Drink.

“Mi pray night, mi pray day and cry to Jehovah to open di way,” he said, even as he rejoiced that the ‘baby’ of the family is now receiving the help she so badly needs.

Johnson, whose father left him with his aunt and migrated to England and never looked back, said he was determined to be a better father and he worked hard to take care of the 11 he sired (one now deceased). He ensured he gave each of them two and a half acres of land to help themselves.

Commenting on Evadney’s good fortunes, he said he felt really bad at the way she was suffering, with the fathers of her children turning their backs on her. He shared that one of the children’s father is living in England and doesn’t even see it fit to send anything.

“Mi caan do nutten more, mi blind and cripple. Mi fret pon har cause a di last one,” he said.

Now that his prayers have been answered where her housing accommodation is concerned, Johnson is urging his other children – her older brother and sister to “talk up” and seek help, as he warned that they shouldn’t allow pride to stand in their way.

Evadney’s brother Clifford has his own challenges, but that didn’t stop him from rejoicing at her good fortune.

“Yeah, mi happy fi har. She is the last one and I’m not around any other sister but har. Mi on my work and if she call and sey she want something, mi a guh leave and come. Mi really happy fi har, mi a tell yuh di truth,” he shared, as he also revealed that he is presently living in a house that is “brucking down same way”.

He said it is taken over by duck ants, and added to that the owner is threatening to evict him as he cannot come up with the rent.

Clifford said he has been “all over Jamaica” in his quest for work, and he has also been doing small-scale farming, but without a water pump, the yield is not much.

“I have a driver’s licence, I can do any kind a work in farming. Agriculture mi choose a school (Claude McKay High), but mi never get fi graduate – mi never tek a subject,” he informed.

Clifford’s other sibling – his sister Lola – also has a big problem, and even while she rejoices for Evadney, she shared her own challenges living in a two-room house with four children, plus her granddaughter. She said she is far from comfortable.

A recipient of a government-funded three-bedroom house which was built on land co-owned by her uncle and her mother, Lola said it was completely taken over by her uncle and she was forced to move.

“A only get back two room and one is not finished. A me and di four children live inna di same room. And one a mi son, mi and him haffi a sleep. Today him is 14 and mi big son, fi mi bed deh here so and fi him deh dere suh and mi grandson and mi daughter haffi deh pon one bed,” she shared on her living conditions with the wish that good fortunes can smile on her as well.