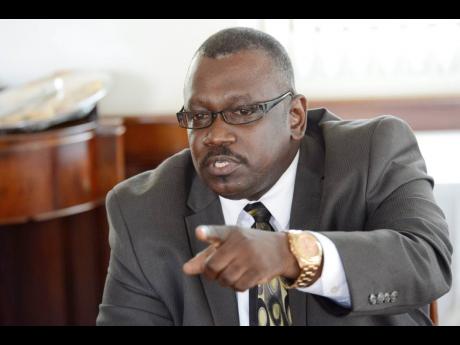 The Independent Commission of Investigations (INDECOM) was yesterday plunged into mourning as its director of complaints, Nigel Morgan, died from complications associated with COVID-19.

Morgan, who was admitted to hospital, reportedly passed away about 2 a.m. on Monday.

INDECOM Commissioner Hugh Faulkner said that Morgan’s death has created a void that will be difficult to fill.

“Morgan had a sad passing, and while we try to keep the staff together, his contribution to us is irreplaceable. Morgan was possessed with effective communication to appease any situation ... ,” Faulkner said. “He would addressed the situation and allow for effective work to proceed. He is missed.”

News of Morgan’s death shook his colleagues yesterday as they recalled a man who was always willing to share his knowledge.

“I am saddened by his passing as he touched my life through his tutelage. I started here as an investigator and now I am a director. He was very instrumental by way of how he impart his knowledge throughout. We are sad,” noted colleague Makiedah Messam.

“We are affected so deeply that the Human Resource Department sought and got grief counselling for us, so it is not easy, but we’re trying to cope,’’ Messam said.

Morgan joined INDECOM in 2011, when it began operations, as director of complaints, a post he served in until his death.

He was previously employed to the Ministry of Justice and assigned to the Kingston and St Andrew Parish Court as a clerk of the court. He also served as a justice of the peace.

“This cuts deep and I don’t know how to deal with the reality. This hurt so much, although I know that he was hospitalised and sounded laboured when I last spoke to him,” noted Sherwood Simpson, a close associate.

“He was such a productive individual, as his last venture was a farm that he started near Old Harbour. It is really a sad story,” Simpson said.

Morgan is among close to 600 Jamaicans to have been confirmed fatalities of the pandemic.

As of Sunday, when the island saw a record 16 deaths, the COVID-19 toll stood at 586. Another 78 deaths were under investigation while 96 fatalities were ruled coincidental.