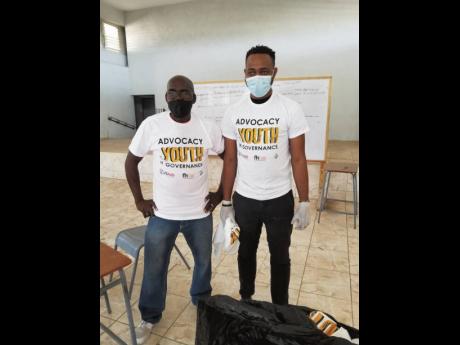 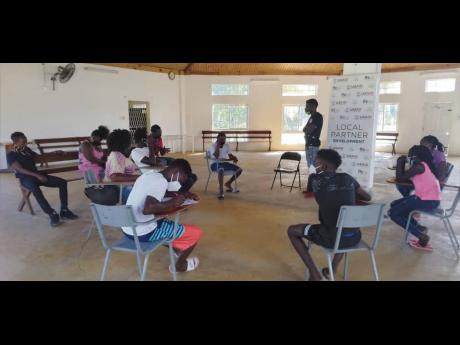 Contributed
One of the engaging training sessions.
1
2

On Tuesday, March 30, ten of the 17 at-risk youth that were enrolled in the Advocacy for Youth in Governance programme celebrated the conclusion of the year-long initiative that saw them being trained as anti-violence ambassadors in areas such as advocacy, bullying, anger management, mediation, and conflict management. The programme also included participants conducting peer-to-peer sessions within their communities on areas that they were trained in and an anti-violence awareness day whereby their shared information about the role of youth in reducing violence in their communities.

The project seeks to enhance the knowledge of and adherence to the rule of law by youth who are considered to be most at risk of committing crimes and engaging in violent activities or those who have been in conflict with the law by building their own resilience to crime and violence and, in turn, their capacity for anti-crime and violence advocacy and alternative approaches to dispute resolution, in particular through mediation.

Gareth Warren, coordinator for the project, said youth were brought together from across the parish, including communities such as Effortville, Bucknor, and Rocky Point.

Funded by the USAID and implemented by FHI360/Local Partner Development (LPD), the project was developed by representatives from various organisations in Clarendon. LPD utilised collaborative action planning to develop a set of five interrelated projects to address the complex issue of youth crime and violence prevention in Clarendon of which the Advocacy for Youth in Governance is a part. The coordination of the project was led by the Lionel Town Development Area Benevolent Society with the assistance of a steering committee comprising representatives from various organisations within the parish that offered expert guidance and invaluable donated time. The project was completed on time and within budget.

“Several times, the pandemic sent us back to the drawing board in implementing the project, but the important thing was that we managed to pull it off and to achieve positive outcomes,” Warren shared.

There were some rewarding moments during the programme as they interacted with the youth channelling the energies into more positive direction.

Warren recalled a session in Effortville with one grandmother who had three grandchildren in the programme. She expressed joy at the fact that they were no longer insolent and that they are obeying her commands. “When I told her the programme was coming to an end, she expressed regret,” Warren said.

Another positive for the programme, Warren noted, is the friendships that were formed with the youth from the various communities. “These youth will go back to their various communities as peace ambassadors, and, no doubt, we are expecting them to be agents of change,” he shared with The Gleaner.

Clarendon has been identified and named by the security forces as one of the country’s most violent and among the top four of the most murderous parishes in Jamaica. It was against that background that the youth were targeted to be changemakers in their communities.

“The participants planned and facilitated community trainings where they shared the knowledge garnered from their trainings with peers in their communities. These community sessions were most rewarding to see the participants sharing what they learnt and being received warmly by their community peers. Most were shy about doing the sessions, but they all reported a boost in confidence and a desire to continue,” Warren shared.