Likening himself to Bolt, Beckles pleads to finish race 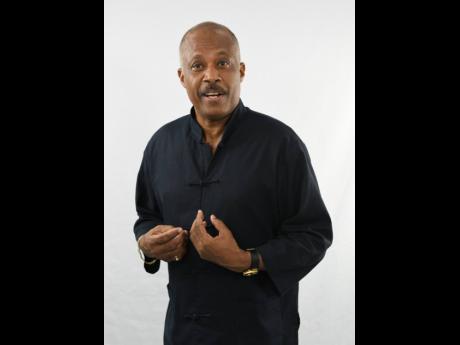 File
UWI Vice-Chancellor Hilary Beckles has said that he can’t stop racing to tie his laces.

Ahead of a decision on a two-year extension as vice chancellor of The University of the West Indies (UWI), Sir Hilary Beckles sought to defend his stewardship on Monday, telling stakeholders to keep faith with the administration.

In his ‘State of Our University’ address day Beckles using the analogy of a race, addressed uncertainty on whether the writing was on the wall of his tenure.

“Let us, therefore, not confuse the discussion around governance with leadership. We would not ask Usain Bolt to stop in his tracks to tighten his lace. There is a time and a place for tightening your lace and for running your race,” Beckles said.

There is tension between Trinidadian businessman Robert Bermudez, the ceremonial head of The UWI, and Beckles over allegations that Bermudez was allegedly pushing for Beckles’ contract not to be renewed for an additional five years.

Things took a turn for the worse following the July 2020 publication of a governance report recommending increasing students’ tuition contribution to 40 per cent from the current 20 per cent, with the rest of the economic costs of running the university funded by CARICOM governments.

The document, which has warned of financial ruin, also slams the university for maintaining a “dysfunctional” corporate governance structure and for not holding managers accountable for non-accomplishment of goals and objectives because The UWI does not have performance metrics in place.

This has triggered some influencers to write Bermudez declaring support for Beckles.

However, in a statement issued last Tuesday, chair of The UWI Chancellor’s Commission on Governance, Sir Dennis Byron, defended the report and Bermudez.

He said there appears to be an orchestrated campaign in causing confusion.

“We express the strongest displeasure at the insinuations and, in some cases, the overt personal attacks – some laced with racial invective – directed at the chancellor and reject these unfounded allegations that he influenced our work and inquiry in any way,” Byron, the former president of the Caribbean Court of Justice, added.

But with the discussion live in the region over whether Beckles should continue in his role at the cash-strapped university, the vice chancellor said the fruits of the work done by the current administrators will be evident in a couple years’ time.

“When we begin to see the great benefits of our financial transformation in the next couple of years … when they begin to gallop as we implement aggressively our plan, what we will see is the lowering of the cost of higher education to students,” Beckles said.

The vice chancellor waxed poetic about the 21st-century ambitions of The UWI, which he described as “a global beacon on top the Caribbean mountain range – the blue of Jamaica, the green of Trinidad and [Tobago] and the valleys of the islands in-between”.

With The UWI planning on floating a US$60-million bond as well as tapping the capital markets to shore up its financing, Beckles said less pressure will be placed on regional governments.

“We would have created a better mix of financial measures and instruments to generate the revenues that are required,” the vice chancellor said.