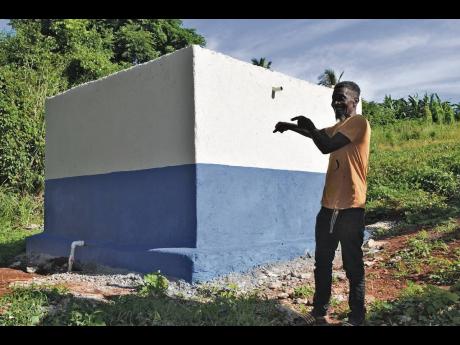 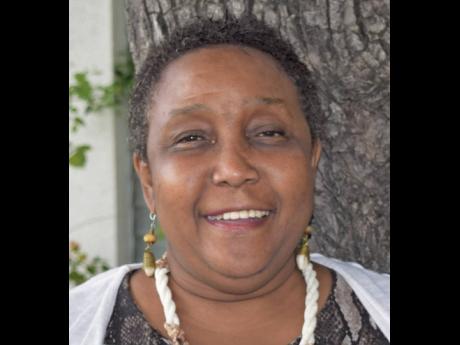 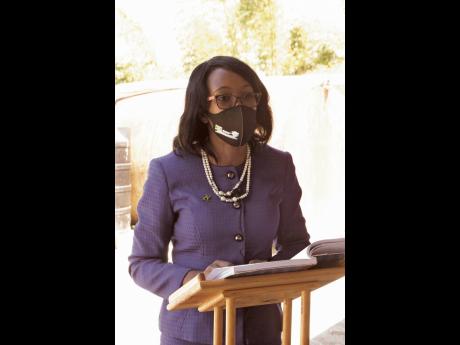 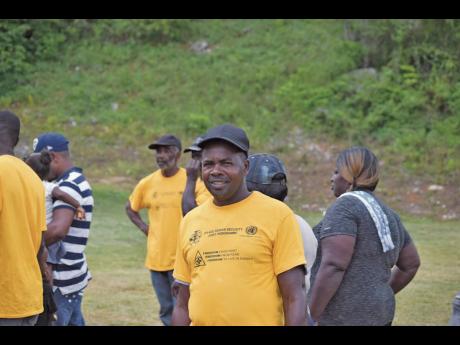 Brand new and rehabilitated water-harvesting systems are now serving several districts, small farms, and schools in northern Clarendon, equipping thousands of residents against the threats of climate change, disease and poverty under an innovative project designed to bolster human resilience.

The project is actively demonstrating access to water as a key to strengthening resilience of vulnerable communities in northern Clarendon and west Kingston, against the threats of climate change, poverty and food insecurity.

Community water-harvesting systems have been rehabilitated in the districts of Mount Airy and Culloden, serving a combined population of approximately 3,000, as well as at four primary schools serving hundreds of students and their teachers. In addition, 20 small farmers are now in possession of brand-new water harvesting equipment that is delivering water to crops in times of drought, a World Water Day Live Showcase hosted by the United Nations Development Programme Multi-Country Office in Jamaica was informed on March 22.

The farm irrigation system is a gift which is reversing crop losses due to extended drought, declared Euxan Smith, farmer and president of the Mt Airy Farmers Group, in a telephone interview. “We are planting less but reaping more. I now plant half the area, but reaping twice the amount, while harvesting more crops, with more weight over a longer time with more weekly income”. He attributed the turn-around to the drip system and the sustainable agricultural methods taught under the project. “It was never like that before. Farmers are saying it’s the way to go, and that if we had more rainfall, we could reap another 200 per cent.”

Principals like Davia Johnson Newman, of Alston Primary and Infant School, praised the intervention at recent handing over ceremonies. “As a result of the catchment system the school has not been without water since we resumed face-to-face teaching and learning,” she said. “We are now able to accommodate up to 6,800 gallons of water. This is important to us, especially since we are now utilising more water on a daily basis in our sanitisation and cleaning efforts.

“Prior to this support we had a temporary hand-wash facility, which was simply a bucket with a pipe attached. Today, we are pleased to have a permanent facility for proper hand washing”.

Access to water helps build resilience to the threats of climate change, disease and poverty, explained Eltha Brown, national coordinator of the joint United Nations/Government of Jamaica project which financed the water harvesting infrastructure under a US$1.7 million grant from the United Nations Trust Fund for Human Security, with counterpart contributions of approximately US$4.8 million from the Government of Jamaica and implementing partners. The project is piloting the globally renowned human security approach in Jamaica to bolster the resilience of vulnerable communities against economic, environmental, and social threats.

Brown emphasised that the ‘Strengthening Human Resilience in Northern Clarendon and West Kingston’ Project has the full backing and support of the Government of Jamaica, through the Ministry of Economic Growth and Job Creation and the Ministry of Housing Urban Renewal and Climate Change. The support of the Government comes in the form of some US$2.9 million in parallel financing, along with technical support.

The project is addressing several insecurities identified in a strategic threat-mapping exercise, she outlined. In response to threats identified, such as personal, climate change, economic, food and water insecurities, the project is putting resources behind: strengthening community groups to build their own local resilience; climate smart and sustainable agriculture practices to beat climate change and poverty, community-based social enterprises for income security targeting unattached youth and women; and improved water security.

To small farmers in these hilly Clarendon districts experiencing diminishing rainfall, being able to collect, store and channel rainwater as and when needed is a resilience-booster, and a breakthrough for food security. Jamaica’s Social and Economic Survey 2018 underscores why this approach is necessary: Jamaica’s average annual rainfall was below the 30-year mean for most parishes, and there have been 20 more incidents of normal drought and eight more incidents of severe drought than the previous year.

Warding off the threat of food, personal and income insecurity is possible if water is accessible in underserved rural areas, Brown explained. She said farmer resilience is further strengthened when they have the know-how to work the equipment and to apply climate smart practices to their farms. She said the 20 farmers who received rainwater harvesting systems participated in the installation of their personal drip irrigation systems, as well as that of their colleague farmers. “This approach encouraged further ownership of the systems, learning by doing, group cohesion and synergy,” she outlined.