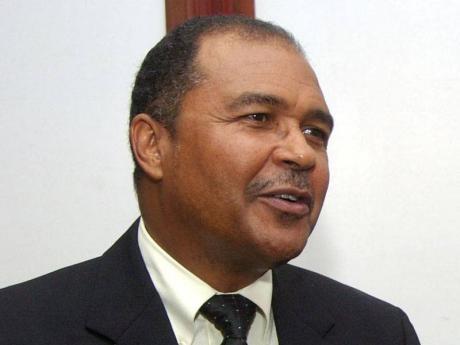 President of the Jamaica Evangelical Alliance, Reverend Dr Peter Garth Dr Peter Garth. The organisation says it is very alarmed at the sharp spike in violence against women and children, arguing that the country has descended to an all-time low.

Religious group the Jamaica Evangelical Alliance is calling for Jamaicans to use the time over the Easter weekend to renew their determinations against the crime and violence being meted out to women and children.

The organisation says it is very alarmed at the sharp spike in violence against women and children, arguing that the country has descended to an all-time low.

It contends that the killing of 20-year-old accounting clerk Khanice Jackson should spur the country and citizens to respect that sanctity of life and that those who commit serious crimes should be held accountable.

“It is very sad that we have developed the so-called ‘informer fe dead culture’, but this must be overthrown by a new culture of ‘informers must arise’,” said the organisation’s president Reverend Dr Peter Garth.

Jackson, who lived on Manchester Avenue in Independence City, Portmore, St Catherine, was reported missing last Wednesday after she did not show up at work.

Two days later, her partially decomposed body was found in bushes near a fishing beach along the Dyke Road in Portmore.

She was strangled and the police believe that she may have been sexually assaulted.

Fifty-year-old mechanic Robert Fowler, who the police say had a friendship with Jackson and would occasionally take her to work in Kingston, was charged on Tuesday with her murder.

“As we reflect upon Christ’s crucifixion, itself the work of murderous conspiracy, we mark the moment of permanent change that it brought to the world. Similarly, let the March 24 abduction and eventual murder of Khanice Jackson be a red-line in the sand, marking the moment when we all prayerfully make up our minds that we will not cower any more, and that by faith in God and personal responsible action, we will live and not die,” said Garth.

“In this regard, let this mark the moment that national, political, civil society, church leaders and citizens, in memory of Khanice Jackson, decide with prayerful, unprecedented resolve that there will be no safe haven, no protection, no sheltering, no ‘see and blind’, no ‘hear and deaf’,” he continued.

The organisation is calling for pastors to work closely with residents in their communities to root out crime.