Shoppers turn out despite inclement weather 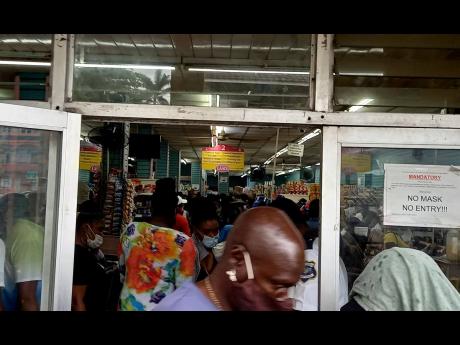 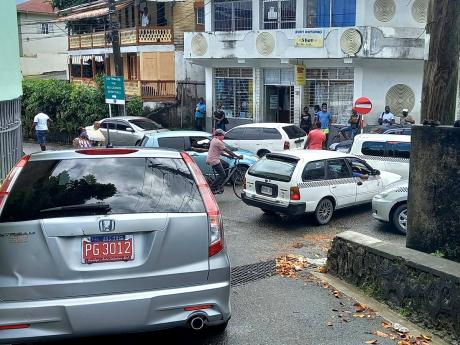 Gareth Davis
Traffic congestion in Port Antonio as motorists try to stock up on supplies before the lockdown.
1
2

Not even the intermittent showers could deter the large number of shoppers who crammed into supermarkets and other business establishments to purchase food and other basic items ahead of the scheduled weekend lockdown.

The massive crowd which far exceeded last weekend's turn out, from all indicators breached the basic protocols and guidelines set by the Government as it relates to social distancing and large gatherings.

"This mad rush is not necessary, especially at a time when government has put in place containment measures to halt the spike in COVID-19 cases.

"The only thing that I'm happy about is that residents all over are now wearing masks in the public space. But we now have to deal with crowd control, especially inside commercial facilities (supermarkets, meat shops, and wholesale stores). This definitely is a public-health issue, which has to be addressed with immediate effect," he added.

Large crowd were spotted at Kamals Supermarket, Ramtullahs Super Centre, DIB Home Centre, the newly-constructed plaza at Boundbrook, Coronation Bakery, and at Shines Wholesale in Port Antonio, even during the heavy downpour, which lasted for periods of up to 20 minutes.

Meanwhile, commanding officer for the Portland Police Division Superintendent Duane Wellington, said the police are able to intervene and manage large crowds gathered on the outside of commercial facilities, especially those in breach of social distancing.

According to Wellington, there is enough manpower to manage and monitor the weekend lockdown in the various communities and towns, so as to ensure that the curfew order is observed by everyone.