Growth & Jobs | The benefit of investing in a foreign language 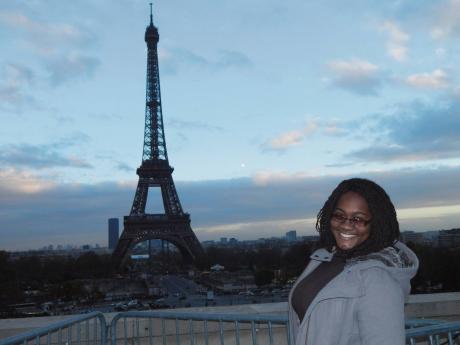 Contributed
Gabrielle takes a lens break with the Eiffel Tower pictured in the distance, while vacationing in Paris, France, in 2014. 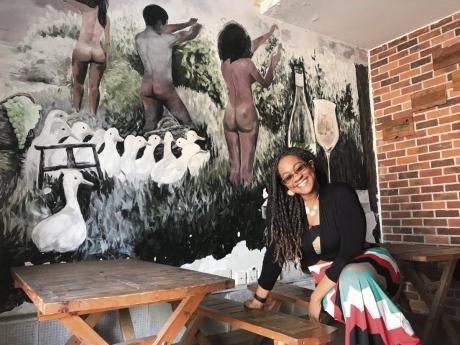 Contributed
Gabrielle on a solo trip in Vientiane, Laos, in 2019. 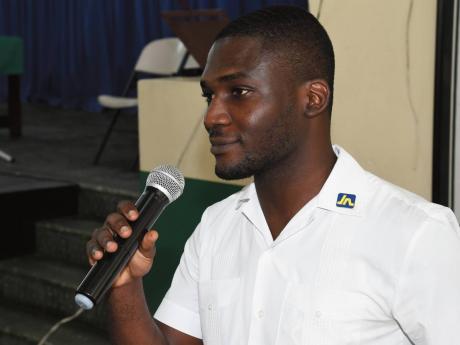 It’s not difficult to understand why educator Gabrielle Barnett is an advocate for shaping development through learning a foreign language.

The 27-year-old Jamaican who speaks four languages, has had many doors open to her because of her fluency in languages beyond English She believes Jamaican organisations should provide their employees with the opportunity to learn foreign languages as the world is becoming more integrated and business models are rapidly changing.

“Organisations that allow their employees to learn other languages are well positioned for success, and it is a worthwhile investment. When one learns a language, they also learn the culture, which is a key asset to have when you are dealing with a more diverse clientele,” Barnett opined.

Barnett, who is a past student of the St Hilda’s Diocesan High School and the Hampton School for Girls is fluent in English, Spanish, and Mandarin and is at the advanced proficiency level in Portuguese.

Up until September 2020, she was the education manager and head of the Capstone Educational Group in Beijing, China, where she worked with students who attended international schools in China and were preparing to transition to universities abroad.

Barnett previously worked in the Hong Kong office as senior instructor and educational consultant before transitioning to the Beijing office. She noted that she was promoted six months earlier than the norm to become the manager of the Beijing office, helping to lead the expansion efforts for the other mainland China offices (Shanghai and Shenzhen) and directing the overall strategy of the office.

Additionally, she was also the translator for the office and would help to mediate client meetings between non-English speaking clients and non-Mandarin speaking staff.

“Initially, I wanted to be a diplomat for Jamaica, so I decided that I wanted to learn languages because that would be of strategic importance to Jamaica. With this in mind, I started finding more opportunities to improve my Spanish language fluency and decided to study Mandarin as well,” Barnett said.

This led her to study for a Bachelor of Arts in international relations with a minor in Mandarin and certificate in Latin American, Caribbean and Latino Studies at the Mount Holyoke College, the first and oldest all-women’s college in the United States.

She graduated with a distinction in 2015 before moving on to the Johns Hopkins University School of Advanced International Studies, where she obtained a graduate diploma in Chinese and American studies with a concentration in economics.

“By studying abroad, I was able to improve my language proficiency, develop strong cross-cultural communication skills, and gain clarity as to what I wanted my future to look like. The constant exposure to foreign cultures, languages, and people challenged me to push beyond any perceived limits I had for myself and taught me to be more resilient, imaginative, and resourceful,” Barnett pointed out.

Acknowledging the value of learning a foreign language, in January of this year, Minister of Education Fayval Williams announced that Mexico and Jamaica would be doing a pilot project where Mexican teachers will teach Spanish to Jamaican students online.

The Jamaica National Group is among local organisations recognising the importance and benefit of being able to communicate in languages other than English.

In 2019, the conglomerate implemented a programme for its employees, which it aptly called JN Foreign Chat Learn a Foreign Language, in a bid to improve opportunities for smoother communication with customers and partners who speak limited English.

“In championing our vision of using innovative solutions to unleash the potential of our people and ensuring that the JN Group’s performance directly benefits the people and communities that our member companies serve, the JN Group Talent and Performance Management Unit conceptualised the conversational foreign language programme.

“It is aimed at providing a platform for JN Group employees to develop their language skills in French, Mandarin, and Spanish. The objective of the programme is to provide our employees with the basic conversational skills needed to converse in different situations. The programme is also flexible with the future demands of the organisation and is subject to change based on the needs of the organisation,” explained Rushard Blake, learning support officer and JN Foreign Chat programme coordinator.

Blake pointed out that classes done prior to COVID-19 pandemic were facilitated both face-to-face and online. However, since the pandemic, the sessions have been solely virtually instructor-led and the live recordings made available via the group’s learning-management system for all staff members to access. He added that classes would be resumed this summer.

Having operated as a freelance Mandarin translator and copy editor, Barnett said that learning languages has allowed her to secure many employment opportunities and stand out when applying for grants and scholarships.

“My language skills played an integral role in securing my past jobs. Furthermore, having had the opportunity to thrive outside my comfort zone, I find it less daunting to explore other endeavours like solo international travel,” the avid traveller mentioned.

She added that she is often called on by her alma mater to give talks about studying abroad and the perks of learning a foreign language.

Barnett has travelled to 35 countries so far and is on a full scholarship studying for a master in business administration at the Asia School of Business, in collaboration with MIT Sloan Management in Malaysia, where she is the first student from Jamaica and the Caribbean.