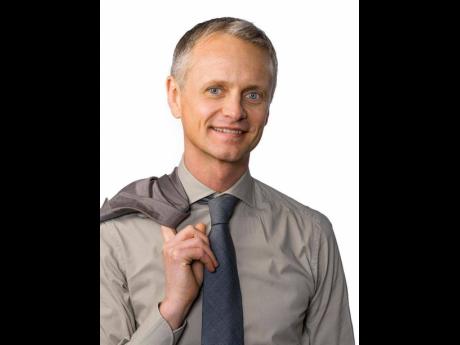 The 36th Adaptation Fund Board meeting being held virtually began by featuring the annual transition of leadership, with new chair Mattias Broman of Sweden assuming the helm from Ibila Djibril of Benin.

Broman served as vice chair for the last year, and represents Annex I Parties on the board. Albara Tawfiq of Saudi Arabia takes over Broman’s spot as the new vice chair, and has been representing Asia-Pacific countries on the board.

Broman, who has been on the board since March 2019, brings a wealth of experience in national and international climate finance and diplomacy to the chair seat. He has served for the last 10 years as deputy director of Sweden’s Ministry of Foreign Affairs (MFA) and Ministry of Finance; he is currently working in the Climate Division of MFA in Stockholm.

He is responsible for climate and security, including the UN Climate Security Mechanism, has assisted the Swedish Minister for International Development Cooperation in his role as board member of the Global Centeron Adaptation, and worked for four years with the ministry’s Africa Department coordinating climate and environmental issues, diplomacy, trade and cooperation in development.

He also has three years’ experience in sustainable business and related climate issues as, among other roles, investment manager for Sweden’s Development Finance Institution.

He holds a Master of Laws from Uppsala University in Sweden and a Master of European Studies from the College of Europe in Belgium.