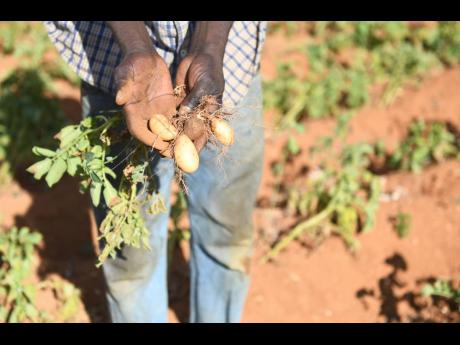 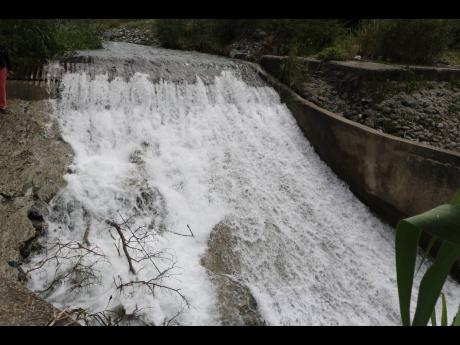 Photo by Christopher Serju
Watershed conservation is among the recommendations for sustained water security amidst a changing climate. 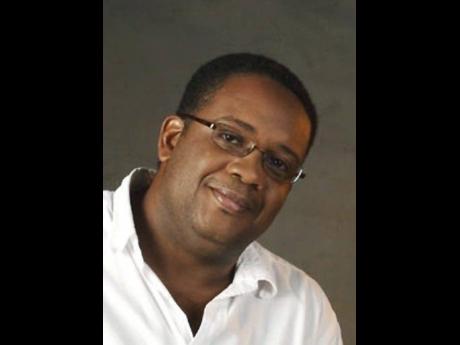 PARTICIPANTS AT the recent water symposium, hosted by Global Water Partnership-Caribbean (GWP-C), were dealt the sobering reminder of a region in jeopardy from a world warmed beyond 1.5 degrees Celsius above prehistoric levels.

Professor Michael Taylor, respected climate scientist and dean of the Faculty of Science and Technology at The University of the West Indies, Mona, delivered the message in a presentation titled ‘3 Simple Takeaways for the Caribbean from 1.5 Science’.

“Human-induced global warming has already caused multiple observed changes in the climate system,” he said, referencing the Intergovernmental Panel on Climate Change publication that looks at the impacts of global warming of 1.5 degrees Celsius above pre-industrial levels and for which he was a lead author.

At one degree of warming, the physicist said, the Caribbean is already experiencing hotter days, more variable rainfall and drought extremes, as well as higher sea levels.

“The Caribbean depends on the familiarity of climate patterns for development and quality of life, but climate is introducing unfamiliarity, which is challenging regional advancement by rendering our development pillars unreliable,” he warned.

At the same time, given the need for enhanced mitigation efforts, as evidenced by the inadequacy of current ambitions to reduce greenhouse gas emissions that fuel the changing climate, the world is on track to overshoot two degrees Celsius “and this spells trouble”.

According to the scientist, climate is an integral part of Caribbean existence such that climate threats – with their implications for, among other things, livelihoods loss and impaired water and food security – require an urgent response from the region.

Among those being challenged to deliver on that response is the water sector with its current, strong dependence on rainfall and with planning “still largely premised on an expected seasonality which is changing”.

He has proposed for the water sector “a strong mitigation agenda”characterised by the need to relook at energy sources, emissions from waste water treatment plants, and watershed protection, even as they engage in advocacy.

“The water sector must (also) be at the table for the crafting of adaptation plans in other sectors that are dependent on it and on which it impacts,” Taylor said.

“Adaptation actions in the water sector must be such that they meet climate’s demand for flexible, responsive, innovative, resilient, integrative and increased capacity a clear role for science policy partnership,” he added.

Such actions include water harvesting, sea defences and enabling policies, reflected in what he termed an ‘unavoidable adaptation agenda’ that is comprehensive and considers a range of appropriate options.

This is while also accounting for the extent of future challenges, recording limits and achieving alignment with the sustainable development goals and sensitivity to “synergies and trade-offs”.

“We’re already at one degree Celsius and it is proving challenging. We’re on track to overshoot two degrees Celsius. A liveable tomorrow depends on what we do today,” he said.

The GWP-C symposium was staged virtually from March 23-25 under the theme ‘Building Resilience in the Regional Water Sector to Address Climatological and Hydrological Risks and Threats’.