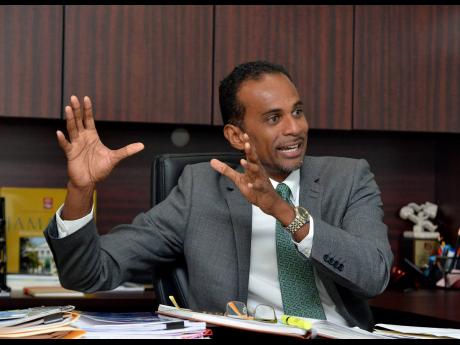 The Georgian town of Falmouth in Trelawny, which was declared a national monument in 1996, is set to benefit from $50 million in improvement works, thanks to the Tourism Enhancement Fund (TEF).

According to Dr Carey Wallace, director of the TEF, the works will entail upgrading the town’s infrastructure, which will ultimately improve both its services and physical appearance.

“Our plans include the fixing of the sewage system in the town. We have reached as far as Tharpe Street, but we have put the project on hold because of the scheduled streetscape work that will be done on the street,” said Wallace. “It is intended that when completed, the sewage from the town will be linked to the sewage plant at Vanzie Lands. That is a project valued at $20 million.”

In addition to the ongoing project, Wallace also noted that there is another project in the pipeline for $30 million, which will cover other aspects of infrastructural works.

“Our latest project is the clearing of the ‘dragline,’ which is expected to run from east of the town and empty into the sea on the western side. This has been a source of constant discomfort to the residents of the town,” said Wallace. “The dragline has become a dumping ground for garbage, which cuts off the flow of water, resulting in a terrible stench that is unattractive to tourists from cruise ships.

“Flooding is also a problem when it rains I remember The Gleaner published a story of cruise ship passengers being transported (via handcarts) back to the pier because of flooding,” added Wallace.

The TEF director said that his company was working in conjunction with the Trelawny Municipal Council, which was confirmed by Falmouth Mayor Colin Gager.

“The clearing of the canal will help to reduce flooding in the town. That green stagnant water with its awful stench will be a thing of the past,” said Gager. “The residents in the area who built houses along the dragline have welcomed the work being done. They have pledged their support to help keep the canal clean and to no longer use it as a garbage receptacle.”

In recent times, the canal has been home to crocodiles, which have been forced out of their natural habitat because of the reclamation of mangroves in and around the town.