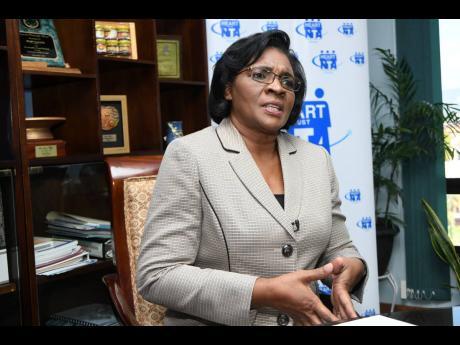 Dr Janet Dyer. The Edward Gabbidon-led board reportedly chose not to renew her contract for reasons still unknown. An interim managing director is to be named with Colonel Martin Rickman tipped for the job.

Although Dyer is a permanent government employee, she was appointed to the position on a three-year contract, which ended on March 31.

The Edward Gabbidon-led board reportedly chose not to renew the contract for reasons still unknown.

An interim managing director is to be named with Colonel Martin Rickman tipped for the job.

Rickman, who headed the HOPE job and education initiative for unattached youth, has been serving on HEART’s board since 2018.

Efforts were reportedly made last year for Rickman to take over the entity’s executive leadership but those were delayed until a more “appropriate time”, a Holness administration official said.

Dyer, who is now on leave, has directed all queries about her status to the board chairman, who The Gleaner has been unable to reach so far.

Permanent Secretary in the Office of the Prime Minister, Audrey Sewell, said she was advised that a recruitment exercise is to start but she is awaiting further updates from the board including who'll be in charge.

Several officials at HEART have expressed concern about the approach to ending Dyer’s tenure, which started on February 1, 2018, crowning her then 32-year association with the agency.

“We have not heard anything about why her contract was not renewed and certainly nothing about who will be in charge. People are not happy,” said a senior official who did not want to be named because they were not authorised to speak.

HEART came under criticisms last year following the release of a damning report from the Auditor General’s Department which said, despite billions spent, the Trust did not deliver value for money in terms of the rate of certification to expenditure.

But the agency hit back, arguing, among other things, that the socio-economic circumstances of many trainees made them more vulnerable to joblessness

Dyer and the Gabbidon-board also presided over the $314 million merger of the functions of the National Youth Service, the Apprenticeship Board, and the Jamaican Foundation for Lifelong Learning into HEART.

The training agency, which is funded through a 3% tax on employers’ gross payroll, projects income for this financial year at $14.1 billion and expenses at $13.9 billion, according to budget documents.