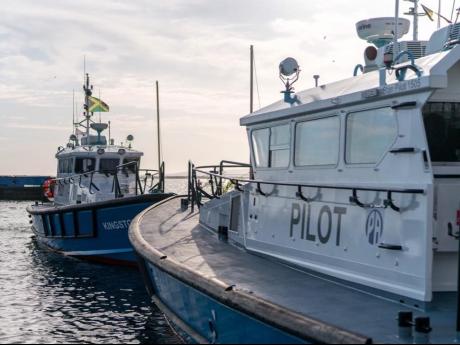 President of the Marine Pilot Association, Hubert Kerr, said that the pilots will not be satisfied with just being placed on a priority list, but are instead advocating for the actual jab to boost their protection against COVID-19, given their interaction with persons from different countries daily - Contributed photo.

Jamaica’s marine pilots are warning that they will stop working at midnight if they do not get their first dose of the COVID-19 vaccine, which is currently being given to priority groups and the elderly.

President of the Marine Pilot Association, Hubert Kerr, said that the pilots will not be satisfied with just being placed on a priority list, but are instead advocating for the actual jab to boost their protection against COVID-19, given their interaction with persons from different countries daily.

A marine pilot is a sailor who manoeuvres ships through dangerous or congested waters such as harbours.

“Without any vaccine, at midnight tonight, we will stop work and until we get the vaccine, not promises, until we are vaccinated, then we will come back,” Kerr warned.

Although there are 24 marine pilots, Kerr said he is also concerned about the pilot boat drivers who take them to the ships.

The association president said that although his colleagues have been observing the COVID-19 prevention control measures like wearing masks and sanitising, they are fearful of getting the virus.

“Because of the close proximity that we are working in, if one of the pilots catches it, even if he is asymptomatic and he passes it on, we can have a total shut down of the ports in Jamaica,” he said.

According to Kerr, he has been in dialogue with the president and chief executive officer of the Port Authority of Jamaica, Professor Gordon Shirley, since January and that a letter was sent to him in February to highlight the concerns.

Jamaica received its first shipment of the AstraZeneca COVID-19 vaccine on March 10 and since then approximately 44,000 persons have received their first jab.

Persons need two shots of the AstraVeneca vaccine to be fully vaccinated.

Noting that in Singapore marine personnel were among the first to be vaccinated, Kerr believes that a similar consideration should have been given in Jamaica.

“After midnight, just imagine all those ships you see down the wharf, if we don’t go and take it out, no cargo can move,” he said.

“Almost everything for the continued development and growth or stability of the country that takes place, it comes through the shipping port. If the shipping port closes down, no flour, no rice, nothing at all can move,” Kerr said.

He said that the marine pilots have been warning port authority officials about their plan from Tuesday and are “dead serious” about carrying it out if their request is not met.