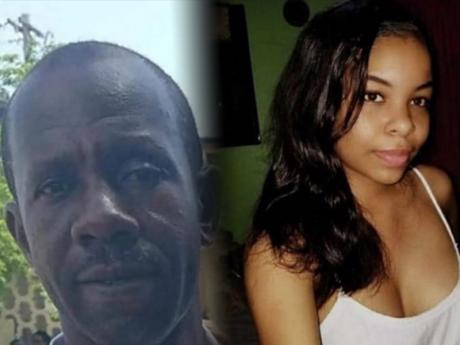 Fifty-year-old mechanic Robert Fowler and 20-year-old accounting clerk Khanice Jackson. Fowler, who appeared in court via Zoom, is to return on July 8.

The St Catherine mechanic accused of the murder of 20-year-old accounting clerk Khanice Jackson was remanded when the matter was called up in the Home Circuit Court this morning.

Robert Fowler, 50, who appeared in court via Zoom, is to return on July 8.

The matter, which was scheduled to be heard in the St Catherine Parish Court, bypassed proceedings in the parish court after the Director of Public Prosecutions Paula Llewellyn preffered a voluntary indictment for it to be heard in the high court.

However, this morning, the Home Circuit Court heard that the case file has not been completed.

Among the outstanding materials is information from the cyber forensic unit, which is expected to take at least three months.

In the meantime, partial disclosure has been made to Fowler’s attorney-at-law Lynden Wellesley.

Jackson, who resided in Independence City, Portmore, St Catherine, was found dead on March 26, two days after she had been reported missing.

Police have theorised that Fowler had lured the woman to his home under the guise that he had left one of his tools.

While there, an argument developed with Jackson and he used a rope to strangle her.

A handbag believed to be Jackson's and her bank card were among items reportedly found at Fowler's home.

READ: Boyfriend had warned Khanice against taking rides from suspect

This morning when the matter was mentioned in camera,  the allegations were not outlined in court.

LISTEN: How Khanice Jackson was killed and her body dumped