Former street child, ward of the state and gang member shares how God rescued her from prison and death – Part II 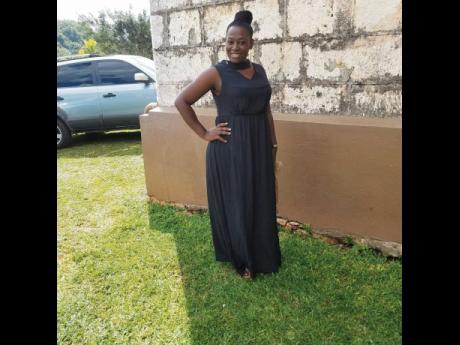 Last week, we met 42-year-old Nickiesha Morgan, who began sharing details about her life of despair in the trenches of street life. This week, she opens up even more and shares how she used her struggles as building blocks to her success.

“I had no access to the basic necessities that you really should have as a child or teenager, such as a balanced meal, education, healthcare, love, protection, affirmation, shelter and clean clothes. The worst part was the discriminations and the negative words hurled at you is enough to kill you.”

She continued: “I coped by smoking. I was an A-grade smoker, which means I mixed my weed with other substances and I drank whatever kept me numb. I never introduced any of my friends to drugs, though, I was sure of that. It was just for my pain.”

As the years progressed, so did the hardships, and Morgan was now forced to juggle the newest struggle of motherhood and adulthood with numerous run-ins with the law.

Though prison was not new to her, Morgan said it was a proposed 18-year prison sentence that began directing her life on to a path that would take her where she is today.

“Transitioning wasn’t easy. Prison was like going back to mama’s house after a bad break-up, so I sadly never missed an opportunity of a trip. Sometimes the judge would send me to get counselling and anger management sessions, but nothing worked as I would leave the sessions more aggressive.”

Caught in the wrong company and finding herself at the wrong place at the wrong time soon had her facing a possible 18-year prison sentence.

“I was waiting to be sentenced in the Montego Bay night court. I heard my name called in a room I wasn’t expecting it to be called in, and I felt I would be put away for good because I was warned numerous times by the judge. I went in and the judge was not pleased with my file. She asked me a question and I rudely responded because at that point I didn’t care any more. She sentenced me to 18 years in prison.

While in the waiting area, Morgan said she was dancing with her counterparts, either because she was oblivious to what was happening or needed a coping mechanism.

But there was more for her to live for and her purpose had to be fulfilled outside of a cell.

That’s when motherhood saved her.

“The judge sent back for me and she asked me a series of questions, including if I was a mother or not. When I told her yes, she was even more shocked and told me she was going to revoke my sentence. She placed me on probation.”

Morgan said she soon changed her circle of friends, but with no formal education, no identification card, or Tax Registration Number, finding a job was near impossible.

“It was so difficult for me, I started creating fictitious resumes with made-up addresses and almost ended up in prison for fraud. I got a job in a bar, but that was not it for me. I remember getting a chain message once with Jeremiah 29: 11, ‘For I know the plans I have for you, declares the Lord …’ and everywhere I went I saw it. My faith grew and I knew God was going to show up for me.”

Morgan said because of God’s power, the opportunities came through for her to be formally educated, obtaining CSEC passes, certificates for various courses from HEART Trust National Service Training Agency and a certification in supervisory management from The University of the West Indies.

“I am also now a manager at a reputable company, founder of the My Passion My Purpose Give Back foundation – a community-based charity that assists senior citizens living in deplorable conditions, the homeless, mentally and physically challenged people with food, clothes, medications, hospitals visits, mini home makeovers and hygiene grooming, and I also operate an online-based clothing store.”

Morgan said of the things she has accomplished, being able to rescue her mentally ill mother from the streets and allow her to experience fine dining, being consistently medicated, cleaned and loved, nurturing her children, helping those in dire conditions and maintaining her Christianity are at the top of the list for her.

With plans to enrol in nursing school and get some assistance in building a shelter for the homeless, Morgan’s encouragement to all is to trust God.

“Don’t give up on yourself because God has not given up on you. He is working overtime behind the scenes on your behalf. Set your goals and work towards them, create a mindset that goes with your capabilities, turn off all those voices in your head that say you will amount to nothing, you’re worthless or nothing good can become of you, affirm yourself, you’re beautiful, talented, and success awaits you. I pray that society will protect our women more and that mental health will get the attention it should in this country.” she noted.