Scientist warns of danger of volcanic ash, but urges calm 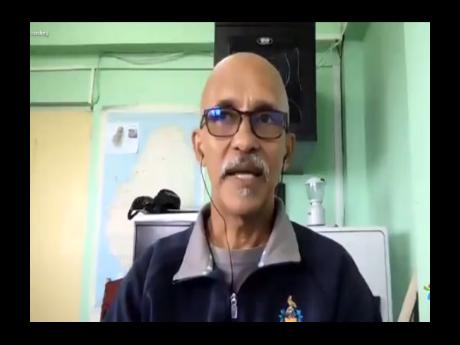 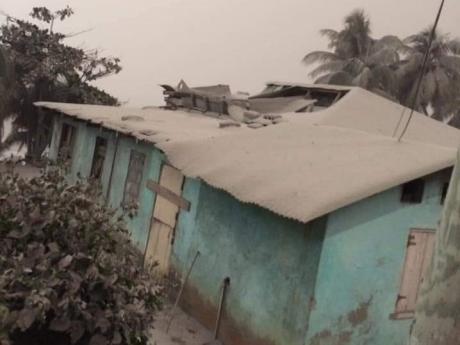 Volcanic ash covering the roof of a building in St Vincent and the Grenadines following the eruption of the La Soufriere volcano (contributed photo). 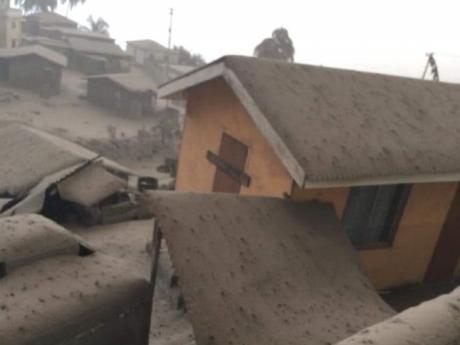 The main scientist monitoring the erupting La Soufriere volcano is warning about the dangers of volcanic ash, as Vincentians woke up to extremely heavy ash fall and strong sulphur smells that advanced southward to the capital.

Professor Richard Robertson said on NBC Radio, on Friday, that breathing in volcanic ash could cause health problems, and the particles could become a major inconvenience if they get inside buildings.

Ash has fallen in most areas of St. Vincent, including the capital city Kingstown, in the south of the island, after a series of explosive volcanic eruptions sent plumes up to 51,000 feet into the air on Friday.

“Everybody in St. Vincent needs to be more aware of what volcanic ash is, because even if you’ve been evacuated, it is possible for the ash to get to you,” Robertson said.

More than 7,000 persons are in state-operated emergency shelters, while thousands more are believed to have sought shelter with relatives, friends, and rented accommodation after the evacuation order was given Thursday evening.

Robertson said that volcanic ash is unlike the ash produced by burning wood or similar material.

“The ash is, essentially, fine fragments of rock, the same rock that the volcano produces, that produces all the mountains you have in St. Vincent.

“That same rock is now being pulverised, broken up in smaller, smaller pieces. So it’s coming out like what we call ash,” Robertson said.

“It’s not ash like when you have a coal pit,” he said, adding that volcanic ash is more akin to the sand on the nation’s black sand beaches.

He said that the ash particles vary in size, getting smaller the further they travel from the volcano.

“…. It’s very strong, it probably would be rich in silica and it will be coated in sulphur-smelling gases,” the geologist explained.

Robertson said that if the ash is mixed with water, the water would become slightly acidic.

“But the key thing is avoiding the ash getting into places that you don’t want it to get into.”

What do when ash begins to fall

He said that although the plumes of ash rising into the air look amazing, persons must prepare for when it begins to fall.

“First of all, you shouldn't’t panic because it’s just fine particles of rock, really. Stay calm, don’t panic, stay indoors; if you’re outside, seek shelter, you don’t want to be in the ash,” Robertson said.

He said that even before the ash starts falling, people should close their doors and place damp towels in doorways and thresholds.

“… you want to stop that fine pattern from getting in your house,” the geologist said, noting that the ash particles would be especially fine in southern St. Vincent.

“If the ash gets into your home, it could coat everything inside and then become especially difficult to clean up. And that sticks around for a little while, it goes on the ground, and it gets re mobilised by cars passing. So, lock up.”

Persons who are outside during ash fall should cover their faces with some sort of masks.

Ideally, this should be a dust mask, but the masks being worn to protect against COVID-19 can also be used, Robertson said.

“What happens to the ash is that if the deposit gets thick and even if it doesn’t get thick. When you mix water with this ash and it dries out and becomes something like wet cement it actually gets very hard. And then getting rid of it after it’s hardened is more difficult. So when it’s soft and loose and just fell, use water.

“If you are going to sweep it out, put on a dust mask to protect yourself, get it off your roof, if you can, get it off your porch, get it away from the house, drive it away so that when the next one comes it doesn’t accumulate and produce a problem,” Robertson said.

“So essentially, I’m saying that…there’s a lot of information out there, about what to do with volcanic ash, it’s not going to cause you to sort of die, but it could give you health problems," Robertson said.

“If you’re prone to respiratory problems, basically, it’s just like breathing in fine dust particles, which is not good for you, generally… So you need to prepare for that kind of activity in the coming days, in the coming weeks. And, therefore, while you could watch the plume from a safe distance, be prepared for when the ash comes to make sure it doesn’t disrupt you too much,” he said.

He recommended the International Volcanic Ash Hazard Network and the bulletins from the National Emergency Management Organisation as sources of information about volcanic ash.

“Use that information so that you would not be too much put into distress or harm if and when the ash comes. I think that’s the key point I’d like to leave with people,” Robertson said.