Unease at NHT over COVID response 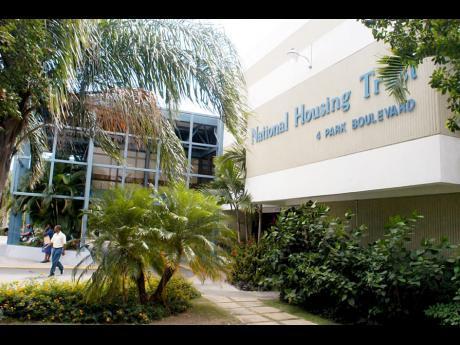 Several employees at the National Housing Trust (NHT) are concerned about the measures being implemented at the New Kingston-based state entity to mitigate the spread of COVID-19.

Sources close the University and Allied Workers Union, the bargaining unit representing workers, told The Gleaner that since January, more than 70 employees have tested positive for COVID-19 and since April, about four have been critical.

They insist that the NHT has been slow in implementing the work-from-home order for public sector workers given by Prime Minister Andrew Holness in March.

They also claim that the directives given to employees by the NHT management have been unclear and that many employees are being required to show up at work daily.

“Some persons got the opportunity to work from home, in terms of flexi-time. However, even when told to work from home, they were called in by various senior general managers to come to do work to say ‘take one for the team.’ So, the clusters still happened,” one source explained.

The source said employees were told that the organisation did not have enough available resources, such as laptops, and that posed a challenge with allowing employees to work remotely.

Beyond working from home, there is also concern about how the NHT treats positive cases of COVID-19.

Gleaner sources allege that the state-owned entity has not been doing enough to trace persons in the workplace with whom positive employees have come in contact.

Meanwhile, one employee said only symptomatic employees were being tested.

The workers are also concerned about the frequency with which work spaces are sanitised.

“The focus has just generally been: it’s work as per usual; the targets have to be maintained, and staff are being pressured into ensuring that they come to work,” the employee told The Gleaner.

Employees have reportedly written to the management and engaged in direct conversations about the issues, but are not satisfied with their responses.

He was not immediately able to respond, but asked that questions be sent via email.

Berbick did not respond to the email at the time this article was published.