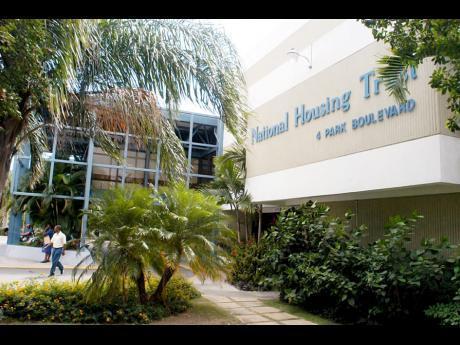 The National Housing Trust (NHT) has rejected assertions that its workplace COVID-19 response has been lacking.

Several employees have raised concern about the measures implemented by the state agency, including its implementation of the work from home order. Concerns have also been raised about how it treats positive cases in the workplace and the frequency with which work spaces are sanitised.

However, NHT has countered those assertions.

"The NHT rejects the suggestion that it has been slow in implementing the work from home order for public sector workers and that the company’s protocols in the treatment of positive COVID-19 cases have been questionable," it said in a response to The Gleaner.

The state agency pointed out that it received an email from the University and Allied Workers Union (UAWU), which represents some workers, on Thursday. The email outlined what NHT said are "non-specific allegations" and said it was in the process responding to the union.

It said, regarding its implementation of the work from home order, that since March 2020 it has made arrangements for employees and that approximately 400 or 35 per cent of staff across its 13 branches have been operating under the measure.

"This number is expected to increase, as the NHT continues to review the organisation’s work flows and secure additional equipment and technologies to facilitate remote work. While the NHT has migrated some of its services online, given the nature of the business it operates, there are some services which require in-office visits by customers and, therefore, not all staff will be able to work remotely," the organisation said.

The agency also defended its protocol for treating with COVID-19 positive cases in the workplace, outlining the procedures it maintains.

"Since the start of the pandemic, the safety and welfare of the NHT staff has been our number priority," the NHT said.

It continued: "The Ministry of Health and Wellness, through its parish health departments, is the NHT’s point of reference in handling COVID-19. To this end, all positive cases, regardless of where they occur, have been reported to the ministry and in so doing, the NHT is guided in activating the necessary protocols to include deep cleaning of locations, closures where advised, identifying staff to be placed in quarantine as a result of contact tracing and also identifying staff who are to be tested. Where the latter is concerned, the NHT has worked out arrangements to include mobile testing so that affected employees can be quickly identified and isolated."

The NHT said since March last year, it has also significantly increased the frequency with which cleaning  is conducted, noting that some areas are sanitised several times per day.

"In addition, sanitisation stations, Plexiglas and other mechanisms to create the recommended distancing between staff and customers, have been installed across our offices," the state entity said.

The NHT acknowledged that since March 2020, 82 employees have been infected, 72 of whom have contracted the disease since January. It said one person has died and three others have been hospitalised.

However, it said the increase in cases experienced within the organisation is in line with the upsurge in positive cases across the country. It also pointed out that not all employees who have tested positive did so while at the workplace.