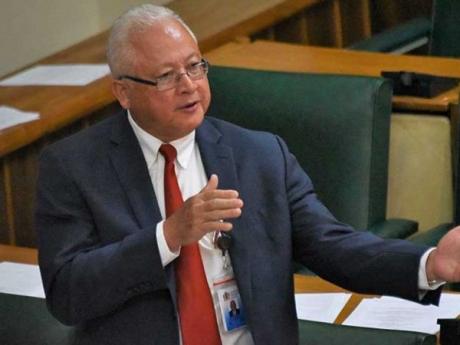 Justice Minister, Delroy Chuck, in lauding the initiative, said it is important for all communities to work closely with the police.

The Matilda’s Corner District Consultative Committee, which aims to increase police-citizen engagement in addressing crime and violence in and around the Liguanea area of St. Andrew, has been officially launched.

It is the ninth to be formed in the parish under the Ministry of National Security to address crime at the community level.

The committee was launched during a virtual ceremony held on April 10.

It serves as a forum to raise awareness about the problems affecting communities and identify the methods of developing and implementing effective action plans to resolve the issues.

Justice Minister, Delroy Chuck, in lauding the initiative, said it is important for all communities to work closely with the police.

He noted that there are many benefits to be derived from strong community-police engagement.

“I hope this consultative committee will be proactive, dynamic, active and give strong support to the Matilda’s Corner Police as it engages communities near and far,” he said.

For his part, Permanent Secretary in the Ministry, Courtney Williams, said that the model “embodies the Ministry’s commitment to promoting positive and robust relationships between the police and the citizenry towards greater citizen surety and safer communities.”

Committee chair, Berthlyn Plummer, in her remarks, informed that local committee members are trained in mediation and restorative justice methodologies, which will enable them to respond to conflicts before they escalate.

She said that the initiative “aims to strengthen the work of the police and communities…It is meeting the communities where they are.”

They are being implemented by the Justices of the Peace (JPs) through the Custos Rotolorum of St Andrew, and operate as sub-committees of the Parish Consultative Committee.