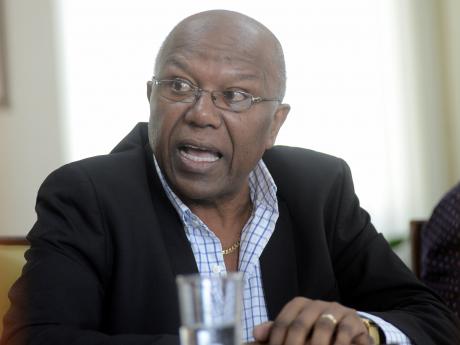 He is arguing that using expired vaccines would be ill-advised.

Spokesperson on Health and Wellness, Dr Morais Guy, says the Opposition rejects any attempt by the Government to use expired AstraZeneca vaccines.

It is calling for Portfolio Minister Dr Christopher Tufton not to pursue any plan to seek authorisation from the World Health Organisation and the manufactures for use after the April 13 expiry date.

Responding to an announcement this morning by Chief Medical Officer Dr Jacquiline Bisasor-McKenzie that the Ministry of Health is pursuing the matter, Guy is seeking to remind the Government that the European Medical Agency, in a publication on January 29, 2021, specifically warned against the use of coronavirus vaccines after expiry dates.

He argued that using expired vaccines would be ill-advised.

Guy is contending that due to the nature of formulations in drugs, they are not to be used after expiry and this regime is even more strict for vaccines.

The opposition health spokesperson says the use of expired vaccines could expose the Jamaican population to health risks and consequently, the Opposition is not in agreement with this plan.

Further, he noted, some vaccine manufacturers were already seeking indemnities from Governments for use of the vaccines.

He said there already is vaccine-hesitancy in Jamaica and the Government’s handling of this issue will only serve to heighten scepticism.

“Had the Government been forthcoming about the expiration date of the recently acquired shipment of vaccine, and alerted the public of the reduced usage window, I am sure people would have cooperated with requests for immediate take-up. Instead, citizens were left to make the discovery on their own, reducing public confidence. As it is now, some may not even want the vaccine,” Guy argued in a statement.

He said based on the manufacturers labelling, the Opposition had no problem with the vaccines being used until tomorrow, April 13, 2021.

“Anything else will put the population at risk and Jamaica will lose the protection of AstraZeneca”.

Guy argued that manufacturers generally do not guarantee the efficacy of drugs used after expired dates.