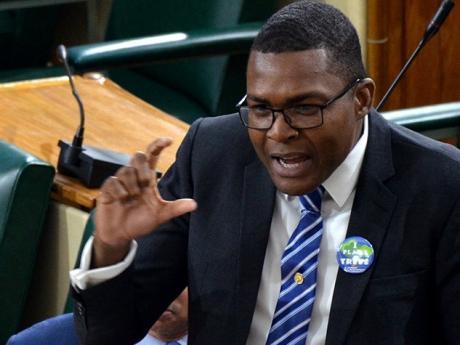 Morgan wants families to get into the habit of reporting abuses.

State Minister in the Ministry of Education and Youth Robert ‘Nesta’ Morgan says amendments are to be made to The Child Care and Protection Act to deal generally with abuses at daycare centres.

Recommendations have been put forward to address the problem such as banning corporal punishment and introducing measures to secure more convictions of abusers, Morgan told The Gleaner yesterday.

Morgan indicated that the recommendations were made during a joint select committee meeting in Parliament.

Currently, corporal punishment is illegal in daycare facilities and educational institutions, however, on occasion educators and caregivers have been known to practice the beating of students.

Recently, a two-year-old in Falmouth, Trelawny was beaten severely by a caregiver.

The perpetrator was arrested last Wednesday by the police in Falmouth and is scheduled to appear in court on Wednesday.

Less than a week ago, a four-year-old was reportedly molested by a 14-year-old, whose mother operates the daycare centre.

The Child Protection and Family Services Agency has since intervened, implementing measures including counselling support for the family and the child.

Morgan wants families to get into the habit of reporting abuses, lamenting that what was missing in many cases was the willingness of persons to make a report.

He also cited the willingness of persons to use facilities such as daycares that are not approved or certified.

Some 339 daycare centres have applied to be registered with the Early Childhood Commission, but there are many others operating under the radar of the authorities, which Morgan says is a challenge.

The plan, he said, is to work closely with the police to get more convictions of those who run afoul of the law.