Mayor warns against influx of outsiders as 1,000-room hotel gets green light 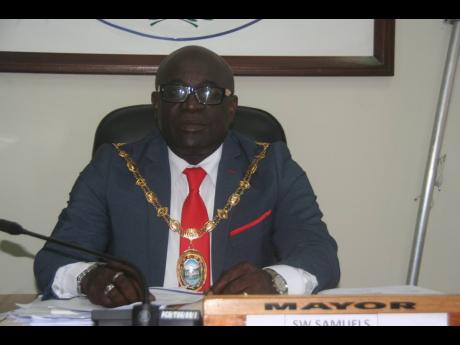 The Hanover Municipal Corporation (HMC) has given approval for construction work to start on phase one of the Princess Hotel in Industry Cove, Green Island, which will increase the parish’s hotel room stock by 1,010 luxury rooms.

The decision to grant permission to the investors behind the project came at last Thursday’s monthly meeting of the HMC, where all seven councillors in attendance voted in favour of granting the approval of the building application for phase one of the hotel, which involves the construction of two hotel blocks, a casino, two industrial buildings and two wastewater treatment plants.

The Gleaner was told that phase two of the project will also involve the construction of an additional 1,010 rooms and more hotel blocks. The proposed date for construction on phase two was not announced.

Lucea Mayor Sheridan Samuels, in tabling the resolution for the approval of the building application, encouraged fellow councillors to look favourably at the project as the parish is in great need of such investments to stimulate its economy.

“We are happy that the Princess Hotel has chosen Hanover to do their development. We welcome them, and we would want them to be so comfortable, that in short order, they will start phase two,” Samuels said following the vote of approval.

He, however, warned against a possible influx of non-residents to the parish during the construction phase of the hotel, arguing that everything must be done to ensure that as many Hanoverians as possible are gainfully employed.

“You know how important this hotel is going to be, what impact it is going to have in terms of jobs and all those things,” said Samuels. “However, it will also have its negatives attached to it because persons will be coming in from different parishes, and you might end up probably having some illegal settlements.

Samuels pointed out that during the recent construction phase of another hotel, there was a serious issue with persons from other parishes coming into the area who constructed camps in inappropriate places.

“We had persons coming from outside and camp in the morass and all those things,” said Samuels. “The HMC will be doing everything that it can possibly do to ensure that there is not a repeat of those kinds of activities. We will also be trying to ensure that as many Hanoverians as is possible secure gainful employment.”

The fact that the Princess Hotel went through the correct channel and sought the requisite approval before venturing into construction is most welcome by the HMC, which has had challenges in the past with the developers who bypass the HMC and sought to construct properties without approval.