Hello Mi Neighbour | We are all interconnected 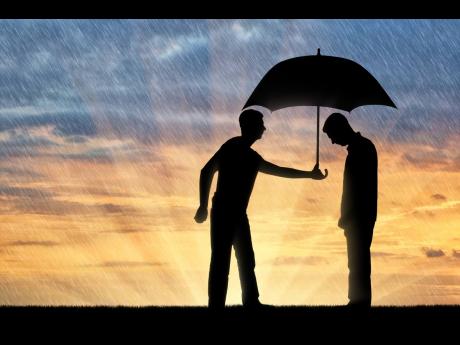 Hello mi neighbour! It is undeniable that every time someone gets hurt in one corner of this planet, someone else in another corner feels it, albeit vicariously. Though to her certain knowledge he was a notorious criminal, yet a thousand miles away, out of her pain, a mother wails: my innocent, oh my innocent son, having learnt of his tragic end in the height of a criminal activity. So unfortunate.

Matters not whether we are connected by blood, friendship or a common cause, the pain inflicted on others affects us, simply because the over seven billion lives on this planet are all interconnected by an invisible thread called ‘humanity’. How we react to this hurt is another story.

Easily, 99 per cent of those who participated in the Black Life Matters protests, which spread across the United States of America about a year ago, were not acquainted with George Perry Floyd Jr.

Who was that? Never heard of him? Really? Where have you been? Okay: George Perry Floyd Jr was a 47-year-old African-American man who was killed during an arrest after a store clerk alleged he had tried to pass off a counterfeit $20 bill on her. One of the four police officers who arrived on the scene knelt on the victim’s neck for nine minutes and 29 seconds – until his breath left his body. What wickedness! After this incident, protests against police brutality, especially towards Black people, quickly spread across the United States and other parts of the world.

George, who grew up in Houston, Texas, played football and basketball throughout his high-school and college years. He was also a hip hop artiste and served as a mentor in a religious community. Later on in life he ran afoul of the law and served four years in prison before becoming a bouncer and a truck driver. Okay. Several months after his death, a wrongful death lawsuit was settled with Floyd’s family for $27 million.

Though vicariously, over 90 per cent of those who heard of such gruesome death felt his pain, became outraged and would want to see that police officer pay the ultimate price for such cruelty.

As unjust as we are to one another at times, like our Creator, we hate to see injustice being done to our fellow men. We are connected.

Even as you reflect on the above, I invite you to reflect on this: How do we ensure that unjust comments and actions taken against us by our neighbours do not destroy us?

Here’s neighbourly recommen-dation: Try to stay positive! It is common practice to replay an unjust episode in our heads over and over and gripe about it. However, experience has taught that by changing the ‘music’ in our heads in times like these, we will see a bright silver lining of hope behind the dark cloud of despair.

A positive reaction, which is critical to a good outcome, requires calmness and rational thinking – not anger. If we put the heat of the moment on the back burner, stay positive, pray and smile, this attitude will empower us to take those actions which will result in positive outcomes.

So, have you been unjustly treated? Here’s a great treatment for that: Help someone as you pass along and watch unjust actions against you work in your favour. A suh di ting set. Please start with the list below.

4. Everybody’s Pharmacy for acts of neighbourliness

2. Neighbour, St Andrew, is asking for a wheelchair