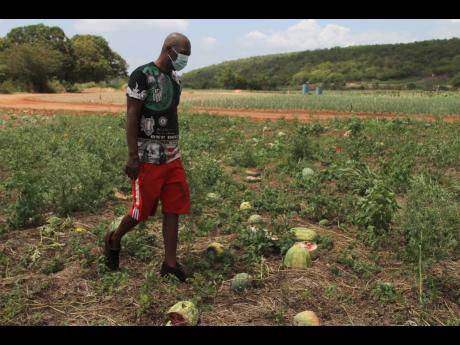 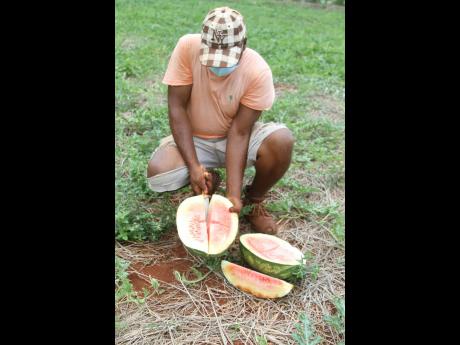 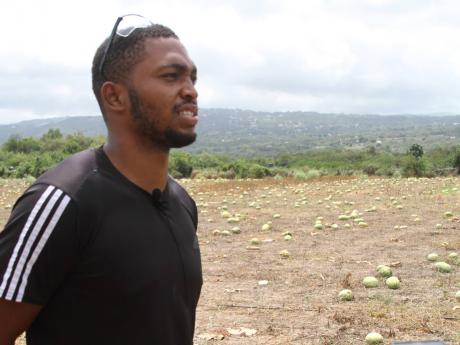 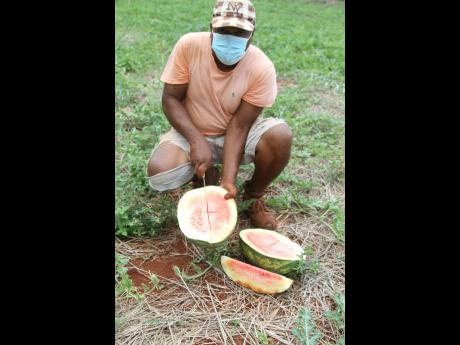 Farmers at the New Forest Agro-Park are counting more than a million dollars in losses after close to 100,000 pounds of melons failed to properly mature under mysterious circumstances.

Investigations by technical officials are under way to establish the scale of the impact to assess whether Manchester could be affected by a short-term shortage.

He sold his produce at $80 per pound to large buyers and had 50,000 pounds of melons on two acres.

“I am just hoping that is not a complete loss and they can find out what caused it and we can get back something,” said Hinds.

That heavy toll was a double blow after his melon crop fell victim to bad weather in 2020.

Hinds had started reaping melons between March 10 and 14 before the bad news started filtering in. The fallout was “depressing” because his expectations were high.

“Buyers had come and purchased and went away. About four days later, they started to complain. I had to give back $900,000 for the melons in one sitting,” said Hinds, who has been farming for eight years.

With the fruits rotting before full maturity, another farmer, Zarro Jones, said he and his colleagues theorise that the seeds used may have been compromised.

“Nobody is sure what is happening. There has been speculation about the seeds, but no one is sure,” he told The Gleaner.

“If it was the soil, maybe other crops would be damaged as well. This has never happened to us before.”

Jones said that he feared the risk of further spread because other crops such as cucumbers and pumpkin fell under the plant family cucurbits, under which melons were also classified.

“We lost a lot of money and even if we want to plant something else we are going to need a start ... . To put in a crop is very expensive, you are talking about water, mulch, fertiliser, labour,” he added.

The Breadbasket Parish, St Elizabeth, is the hub of melon farming in Jamaica, while New Forest’s supplies primarily remain within Manchester.

Parish manager at the Rural Agricultural Development Authority, Winston Miller, disclosed that a variety of samples were now being tested at the Bodles Research Station, but no cause has yet been determined.

“We can’t definitively state how we will assist our farmers, but when farmers have suffered losses, we, the ministry, always try to assist, be it seeds or fertiliser,” he said.

Miller reserved comment on whether farmers would be compensated for losses.

“... We have to give the proper advice to farmers, so they can get the best of production, but as it relates to maybe other technical issues, we have to wait until the investigation is complete,” the parish manager said.

Miller said that findings from the probe would determine how badly the Manchester market would be disrupted.

“Melon is mainly a 10-12-week crop, so we have to look into what was planted in January because that will impact the availability of melons for the next three months,” he said.

“We are currently conducting an investigation into the number of farmers that are being impacted.”