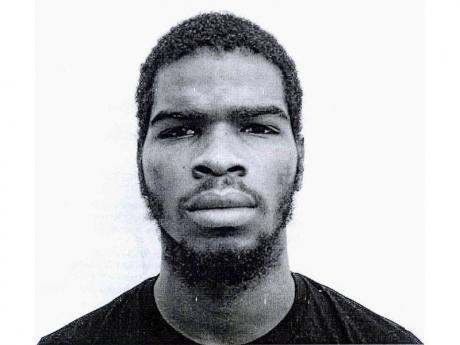 Christopher 'Dog Paw' Linton. He and his co-accused Micah Allen were freed today by the Court of Appeal.

Reputed gangster Christopher Linton, more widely known as ‘Dog Paw’, has had his conviction thrown out by the Court of Appeal.

They were each sentenced to 15 years in prison for illegal possession of firearm and 15 years for shooting with intent.

They were accused of shooting at two policemen travelling in a service vehicle along Tavern Drive, St Andrew, in April 2010.

They were however found guilty.

The men subsequently filed an appeal.

In a verbal decision handed down today, the Court of Appeal said the identification evidence was unreliable.

The men were represented on appeal by attorneys-at-law Robert Fletcher and Patrick Peterkin.

Peterkin today told The Gleaner that the men have no other sentences serving and once the Court of Appeal order reaches the prison, they should be released either this afternoon or tomorrow.