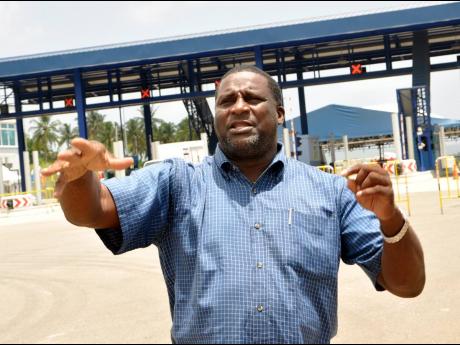 The Westmoreland Municipal Corporation (WMC) has thrown its supports behind a resolution moved by Councillor Sydney Rose of the Treadways division in the St Catherine Municipal Corporation, seeking to force the country’s utility companies to first consult with the local corporations before installing services to new customers.

According to Rose, individuals and companies continue to erect structures without the required approval from the local authority, which is undermining the role of the corporations in the building approval process, including violating the regulations which provide for orderly development, and so putting life and property at risk.

“Be it resolved that it be made mandatory for utility companies to require evidence of approval from the local authority before the connection of any utility service is made,” stated Rose’s resolution.

“And be it further resolved that the necessary adjustment be made to the regulations to reflect these new requirements, and that the utility companies be engaged and an agreement reached,” continued the document.

According to the resolution, Rose said the utility companies should arm themselves with proof that their potential customers have received the required building approvals as part of the conditions in which service will be connected. Too many individuals and companies, it said, are able to acquire services from various utility companies without proof that their buildings received the required permit and approval from the relevant local authority.

Savanna-la-Mar Mayor Bertel Moore, in leading the WMC’s support for the resolution, said the matter must be dealt with urgently as the situation warrants immediate attention.

“This is something that has been killing us as a corporation,” said Moore, who is bemoaning the fact that utility companies are connecting electricity, water, cable, and telephone services on buildings that are illegally built. “This is a resolution that I am supporting fully.”

Cebert McFarlane, councillor for the Leamington division, said the resolution is timely and is pointing the WMC towards ensuring the safety of the residents of the parish.

“This is a very serious resolution that we must not take lightly. This is a direction in which the country must go,” insisted McFarlane.

Councillor Danree Delancy, the deputy mayor, said that while the resolution might face some level of setback from certain quarters, it makes a great deal of sense in ensuring that local authorities approve and police the process by which utility companies roll out their services across the parishes.

“If we intend to be serious about sticking to our development rules, we have to go along these lines,” said Delancy. “I know [that] in some foreign jurisdictions this is a standard operation; you have to have approval from the local authority. Therefore, for the broad intent that the resolution is trying to achieve, I am moving to support it, and they can tweak the areas which are of concern.”