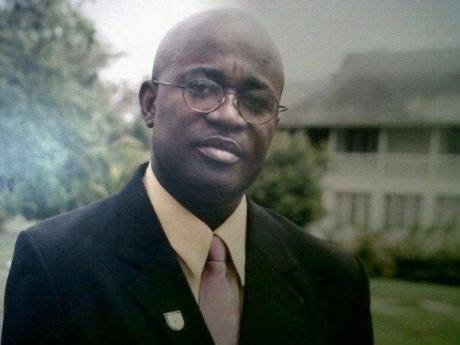 The revenue intake at the Hanover Municipal Corporation (HMC) has taken a major beating as a result of the ongoing COVID-19 pandemic, leaving the corporation in dire straits as it relates to maintaining its various services.

According to Lucea Mayor Sheridan Samuels, who is also the chairman of the HMC, he wants all residents who owe the corporation fees and taxes to make every possible effort to make their payments, which he believes will improve the organisation’s capacity to function properly.

“Of course, you know the impact that COVID-19 has placed on our revenues itself, what it has done, not only to the municipal corporation, but to Jamaica and the entire world,” said Samuels, while addressing the recent HMC’s monthly meeting.

“You know we are in a new financial year now (since April 1), and it is very important for us to play our roles again as political representatives and as citizens of this country to encourage persons to pay their taxes, because of what has happened in terms of COVID and the financial impact that it is having on us. You know that we have to get some revenue in so that the country can go on,” added Samuels.

In an interview with The Gleaner following the meeting, Samuels emphasised that the COVID-19 effect on the revenues of the HMC has been extremely bad.

“We had beefed up our performance in terms of trying to get what is owed to us from our own sources, like car parks, markets and rental of shop spaces. We had revved it up and the compliance level had increased to about 60 per cent,” explained Samuels, who added that the reduced revenue is affecting the delivery of some of its services in the parish.

Samuels also noted that a revision of the corporation’s budget was done, and measures put in place to have reduced spending in line with the reduced income.

“We had to cut the travelling for staff going out to different places to conduct the general business of the corporation. It was reduced by about 50 per cent,” said Samuels, who further added that that measure, among others, was adopted by the HMC to operate in line with the reduced income.

Samuels also stated that the application for the construction of the first phase of the Princess Hotel, a 1,010-room tourism facility in the Green Island area of the parish, and the payment of the required fees for that project, have been like a light at the end of a tunnel in terms of income for the HMC.

Samuels also issued a general appeal to all business operators, property owners, and persons who require trade licences, to make every effort to pay the necessary taxes and fees, as they will allow the HMC to carry out its responsibilities.

“At this stage, all we can do, really, is to plea to them and let them understand that we are still here, still conducting business, still doing the services that we are required to do, and we are asking them to continue to pay all their required fees,” said Samuels.