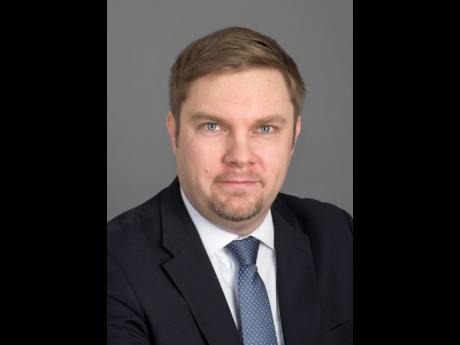 IN RESPONSE to the continued record demand for projects amid the ongoing climate crisis, the Adaptation Fund Board made the historic decision at its 36th meeting earlier this month to double the amount of funding that countries can access.

The decision is in response to the urgency of climate change by enhancing access to climate finance for vulnerable countries through raising the fund’s cap on single-country project funding from US$10 million to US$20 million.

The board also decided to enable countries to nominate and accredit up to two national implementing entities (NIEs) per country instead of just one under the fund’s pioneering Direct Access modality, which empowers country ownership in adaptation by allowing countries to access funds and develop projects directly through accredited NIEs.

It is also strongly encouraging all developing countries, including those that do not yet have NIEs, to make use of Direct Access to bring potential new entities forward for accreditation and to develop adaptation projects through the modality. To date, the fund has accredited 33 NIEs, which are implementing projects that make up about a quarter of its portfolio.

“In raising the country cap, the board included provisions to retain the fund’s identity and strong track record in pioneering small-scale adaptation projects that are scalable and replicable, by keeping individual country projects to a maximum of US$10 million each,” said a release from the fund.

“Countries must also have either spent at least US$8 million, or last accessed funding for concrete projects at least four years ago, in order to access the increased funding limit of US$20 million. This is aimed at providing equitable opportunities for countries, as well as those that have shown tangible actions,” it added.

The board will assess the impacts of raising the cap in three years, including analysing resource availability, equitable access, progress in additional accreditations (54 national, regional and multilateral implementing entities are accredited by the fund to date), and project development.

The board held several in-depth, detailed discussions about the possibility of increasing the cap in previous meetings, before advancing the conversation further in this meeting and deciding to make the move.

The doubling of the single-country cap for regular projects does not impact other funding windows that countries can currently access through the fund, such as its Programme of Regional Projects, as well as Project Scale-Up, Innovation, Learning, Enhanced Direct Access and Readiness grants – all of which were already available to countries, in addition to regular projects.

The board also approved US$18.5 million in new projects and programmes in climate-vulnerable countries, including five concrete adaptation projects in Indonesia (two), United Republic of Tanzania, and first-time AF-funded projects in the Syrian Arab Republic and Zimbabwe.

Among other things, the board decided, too, to set aside US$60 million for regional projects and US$20million for Enhanced Direct Access projects in fiscal year 2022, as well as increase Readiness Support Package grants to a maximum of US$150,000 per country.

“We have seen everyone affected by climate change and the pandemic over the past year, and the urgency of climate change continues to be reflected in the record demand for projects we have received over the last several years,” said Mikko Ollikainen, Adaptation Fund manager.

“The board’s decision to double the country cap is monumental and will help bring further needed relief to the most vulnerable countries to climate change, many of which have also been hit hard by the pandemic. The board also took a range of decisions that further enhance access to climate finance among the most vulnerable,” he added.