Ease in lockdowns a welcome relief for small businesses 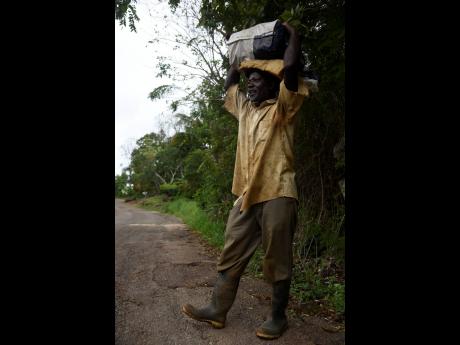 Nicholas Nunes/Photographer
Clinton Duffus, a farmer in Mendez, said that the COVID-19 lockdowns have forced him to feed dozens of unsold bananas to his pigs. 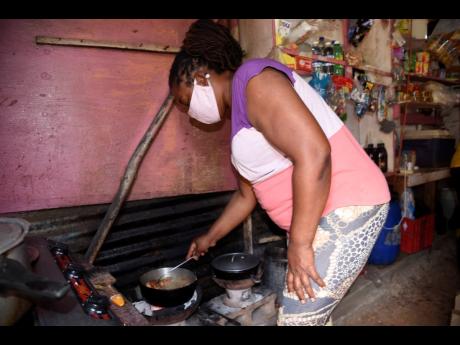 Nicholas Nunes/Photographer
Maudrey-Ann Gilzene disclosed that COVID-19 has wiped out much of the profits of her small restaurant and shop. 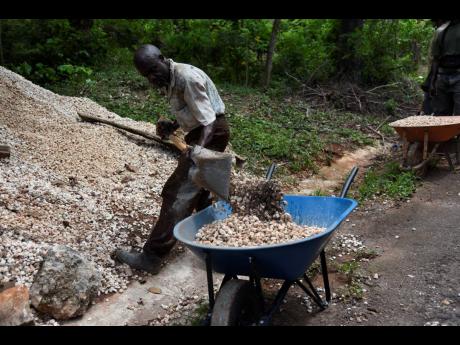 The relaxation of the tough lockdowns that have crippled weekend commerce across Jamaica for three weeks will likely be welcome news for micro and small business operators battered by the slump in sales.

Clinton Duffus knows well the financial pain caused by COVID-19-containment measures, geared at reining in runaway infections that have topped 43,000, with deaths nearing 690.

As he laboured with a bag of ground provisions on the Mendez main road in St Catherine, Duffus lamented his losses from consecutive lockdowns dating back to March 27.

He has worked as a full-time farmer for the last four years.

“I lost 20 dozen ripe bananas that were for sale. I have to feed it to mi hog dem ... . The lockdown hit hard, as we need to make a living,” said Duffus, his clothes and boots soiled with dirt from the field.

Since March 2020, the tentacles of COVID-19’s reach have shredded tens of thousands of jobs and diminished disposable income for many families which have been forced to skimp on food and other essentials.

That’s a real dilemma for Maudrey-Ann Gilzene, whose homey restaurant and shop have taken a nosedive.

Gilzene said that she has suffered from the lockdowns and has been forced to pass on to her children goods she would normally have sold.

“In the past, I was able to cook 10 pounds of rice, along with four chicken, and sell to motorists and community members,” Gilzene, a former postal worker, told The Gleaner.

“Now, it’s just two and a half pounds deh pon di fire and one chicken,” said Gilzene, hopeful of a turnaround in fortunes.

Meanwhile, Orville Franklyn, also of St Catherine, said that while he agreed somewhat with the need for the lockdown, he appealed for special relief to keep struggling households afloat.

The Government has offered $126 million in lockdown aid, through the Constituency Development Fund, which means that each of the 63 members of parliament has been allocated $2 million.

Even with the pledge of $3 billion in SET cash unemployment-support grants for persons earning below the income tax threshold, lockdown relief is an immediate priority, Franklyn said.

“The Government have to guarantee that people who can’t get to earn will be given grants. I mean, you should be able to submit your documents and the money come to your address,” said Franklyn, a many-time entrant in the Rising Stars talent show.

Bar operators like Angella Wilson have suffered from the crippling effects of the lockdowns.

Pubs traditionally depend heavily on sales after dark, but tight curfews have decimated those income streams.

COVID-10 curfews have chipped away at closing hours, which currently take effect at 6 p.m. daily. She said the impact on drinking parlours has been severe.

Operators like her still have obligations such as loan repayments and round-robin responsibilities.

“It wicked, but we are thankful for the opening opportunity; but we need a little more time to operate,” Wilson said.