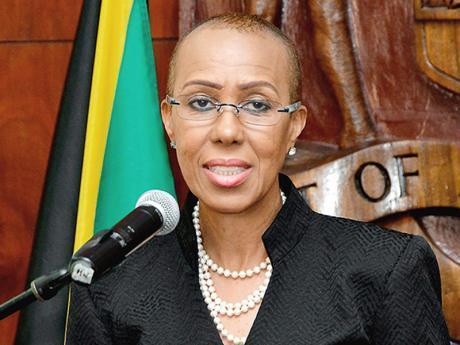 Williams: "We have asked the Office of the Children’s Advocate to include in their investigation the extend of the interaction of Mr Robanski with the children and if any interaction was of the kind for which Mr Robanske was suspended."

The Ministry of Education Youth and Information has terminated a relationship it had with Embracing Orphans after it was revealed that its founder had been slapped with charges of professional misconduct in the United States.

Carl Robanske, the charity organisation’s executive director, had his education certificate suspended after being found to have had sexually inappropriate exchanges with a minor.

The Child Protection and Family Services Agency, which falls under the Ministry, had leased property from the charity organisation stemming from a 10-year relationship between them.

Portfolio Minister Fayval Williams said the premises which as being leased from the group by the Government will be vacated within 90 days following the notice.

In May 2014, on more than one occasion, Robanske instant messaged a female middle school student, after school hours and on weekends.

The messages included some conversations with sexual innuendo, a report prepared by the Superintendent of Public Instruction said.

“On or about May 14, 2014, Mr Robanske engaged A.L. in a game called ‘this or that’. He then mentioned sneakers or thong and then said, ‘I just read what I typed, I meant thong like sandals not the other one and hoe about u singing or you licking and biting me.............u licking and biting me?’. On or about May 14, 2014, when A.L. asked Mr Robanske if he was really getting a tattoo, he responded, ‘Ya, you want to see the back one or the dirty one?’” the report read in part.

The report said there is clear and convincing evidence that Robanske has a behavioural problem that endangers the educational welfare or personal safety of students, teachers, or other colleagues within the educational setting.

He had been photographed standing next to a female, who had benefited from his programme.

“We have asked the Office of the Children’s Advocate to include in their investigation the extend of the interaction of Mr Robanske with the children and if any interaction was of the kind for which Mr Robanske was suspended,” Williams said while addressing a post-Cabinet press briefing on Wednesday.