Roxy and Lascelles Simpson Foundation: Building communities one dream at a time 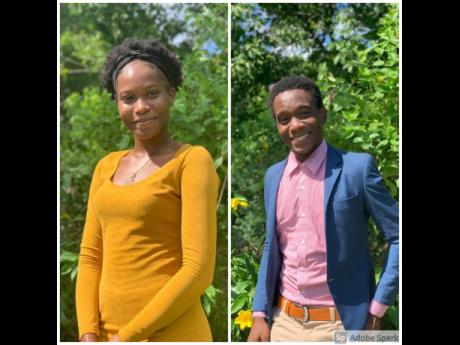 Contributed
Recipients of a 2020-2021 education grant, Tudi-Ann Givans, a 17-year-old member of the Race Track community who commenced her bachelor’s degree in social work at the Northern Caribbean University, and 20-year-old Randall Richards, pursuing a biochemistry degree at The University of the West Indies. 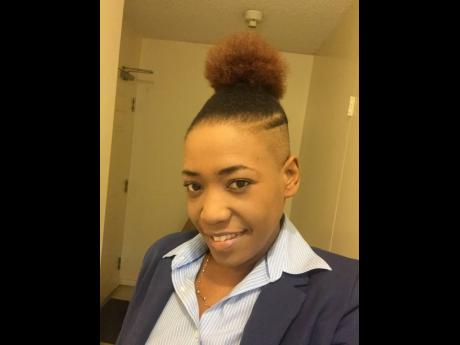 Founder and CEO Nicola Simpson said having the opportunity to grow up in a traditional nuclear Christian family home, where her parents worked hard to give the family the quality of life they enjoyed growing up, she learnt from their selflessness and the hard work they extended outside of the household where they did their best to contribute to the growth and development of the community where they live.

It is that selflessness which has now seen the formation of the foundation, with the goal of making a difference in the lives of those in the community who have challenges – financial and otherwise.

“My mom and dad are both deceased, so the Roxy and Lascelles Simpson Foundation is a love letter to my parents, extending the legacy of giving and compassion,” Simpson shared.

Simpson said the idea for forming the foundation came about as a result of “certain life-altering experiences”.

“I migrated to Canada 10 years ago and spent close to two years in a shelter due to lack of resources. After leaving the shelter, I embarked on a seven-year journey to becoming a lawyer. During those seven years, I encountered several barriers due to my race, gender, immigration and socio-economic status,” she noted.

Financially drained after completing her diploma, undergraduate and master’s degrees, and unable to secure a student line of credit to fund the approximately CDN$120,000 price tag law degree, she started her first year of law school in another province with only $200 in her pocket and no source of income.

Simpson, who recently completed her law degree, shared that she spent almost half of her law school career homeless or underhoused, lacking basic necessities, textbooks and other resources to ensure her success, before the University of Ottawa, professors, colleagues and friends came to her rescue.

“These experiences, along with the teachings and modelling of my parents, led me to the creation of this foundation. The foundation is one year old, federally registered pursuant to the Canada not-for-profit Corporations Act and registered extra-provincially,” she noted.

Due to its current size and age, she said the directors are still assessing the most urgent needs of the community and responding accordingly.

To date, with the focus of paying it forward in the community, they have invested in assisting and addressing issues of poverty, deprivation and violence against vulnerable community members. “The foundation is human rights-driven and seeks to improve access to education and respond to the current global health crisis to ensure the basic right of the community members are given attention,” she shared.

With members based in Canada and Jamaica, Simpson said the majority of the projects to date have been funded by the generous donation of two of its directors, as well as a friend living in Canada.

The impact of the COVID-19 pandemic was not lost on directors of the foundation and on the heels of its formation, they were distributing over $100,000 worth of food supplies and other care packages.

Looking ahead, Simpson said the ultimate goal is to expand their reach to assist with housing, healthcare, skills training, and other needs of the community.

“The Roxy and Lascelles Simpson Foundation is committed to removing barriers and building community one dream at a time,” she said.