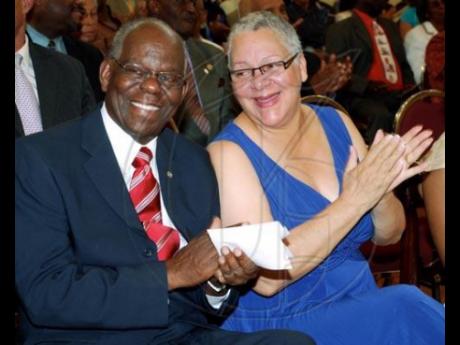 Allen had been ailing for several years.

In 2011, he retired as custos after 17 years in the post and was later succeeded by Sally Porteous.

One of Manchester's most respected lay magistrates, for many years, Allen operated Consolidated Health Services in Mandeville.

He also served as president of the Kiwanis Club of Mandeville. 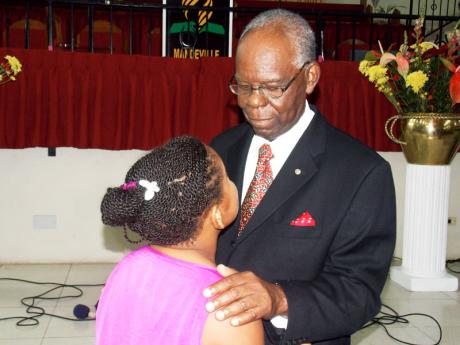 IN PHOTO: Dr Allen and his granddaughter (2012)

Hailed for his dedication to community building, Allen was instrumental in acquiring nine-and-a-half acres of land in Newport to accommodate a police station, library, medical centre, playfield and other amenities.

However, the construction project never got off the ground.

He was also a part of the team that helped to acquire 40 acres of land near Mandeville for the erection of a state-of-the-art Regional Justice Centre for Clarendon, St Elizabeth and Manchester.

"It is our dream that one day the restored courthouse will become the parish museum and that court will be held in the new justice centre," Allen said in 2012 at a function to honour him.

Allen is survived by his widow Georgia and their daughter Jada.