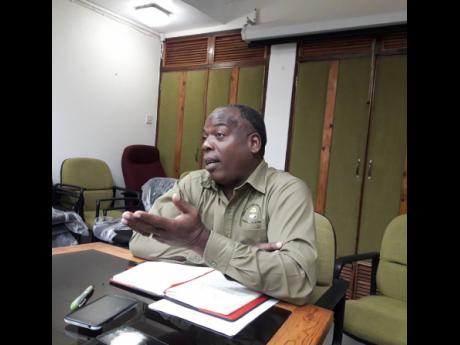 THE OLD Harbour’s Ministers Fraternal and the Citizens Action against Crime (CAAC) have designed a programme that will rescue young men in Old Harbour, St Catherine from a life of crime.

Randy Finnikin, convener of the CAAC and executive member of the Old Harbour Ministers Fraternal, said that the initiative involves the implementation and sustainability of the church’s violence-prevention outreach, targeting men, specifically boys, and families.

“This latest initiative will implement a targeted approach to reach out to men, women,children within the communities. We would engage the males primarily whilst ensuring that the children are not ignored and they, too, are facilitated and engaged,” he said.

Finnikin made the disclosure of the initiative while addressing the Violence Prevention Alliance Steering Committee meeting, recently.

He suggested that the initiative will be focused on rebuilding the community. He said the strategic location of the churches across Old Harbour provides an opportunity to target and engage in a holistic way.

Finnikin pointed out that the strategic location of Old Harbour – between May Pen and Spanish Town makes it susceptible to crime.

“We do have a crime issue, not a burgeoning issue where crime has taken over Old Harbour. We still enjoy some amount of peace and we are still able to enjoy our community spaces,” he pointed out.

He, however, noted that there are issues such as praedial larceny and family feuds.

“Together, this project can be a success story. This issue of crime is a blemish to our good name, to our country. Too many of our loved ones and people have died, we must do something about it,” he said.

According to the UN Population Report and the PIOJ data, Old Harbour is one of the fastest growing urban centres in Jamaica. He voiced that, if urban blight is allowed to set in, it will be difficult to address.

Finnikin said a multi-pronged public order initiative aimed at educating, retraining people in terms of living and using the town was developed to address some of these issues. He, however, noted that there have been challenges to get the initiative off the ground.