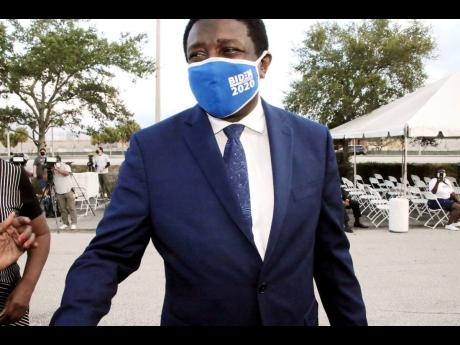 Dale Holness, the Jamaica-born mayor of Broward County for District 9 in South Florida on Tuesday signalled his intent to run for the vacant congressional seat in that state.

The seat was left open after Democratic congressman, Alcee Hastings, passed recently. If his bid is successful, Holness would make history by becoming the first Jamaica-born citizen to sit in the American Congress.

“I have 17 years of experience in public office at the county level and a passion to serve the people. I was inspired to this service by Congressman Hastings, who wanted me to replace him. He has repeatedly said so, and his son is here and is continuing to carry out his wishes,” Holness told The Gleaner.

Born in Hanover, Jamaica, the 64-year-old Holness has cast his hat in an already-crowded ring but is by no means discouraged. He is the first black person to get elected to the office of mayor in Broward County. His rise through the ranks of American politics includes his serving as the City of Lauderhill’s city commissioner and vice-mayor.

“I represent 1.9 million people and have responsibility for the seaports, the airports, transport, buildings, parks, roadways and more, with a budget of $5.3 billion. I am result-oriented,” Holness said.

State governor, Ron DeSantis, is mandated to set a date for the election this year and Holness faces off against Broward County Commissioner Barbara Sharief, attorney Marklon Onias and Sheila Cherfilus. More candidates are expected to contest the congressional seat.

American citizens who are born in other countries cannot run for president but can represent the electorate in the House of Congress.