US group welcomes vote to set up commission on slavery reparations 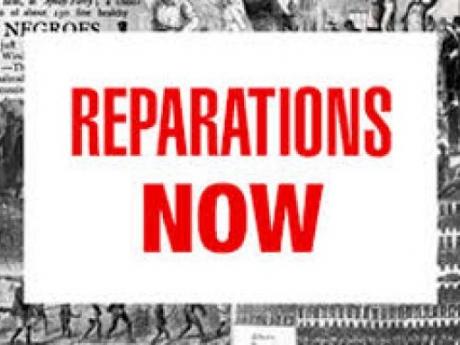 The Committee voted last Wednesday to send the legislation, HR-40, to the full House.

“The vote was a major victory for proponents of reparations who have laboured for decades to build mainstream support for redressing the lingering effects of enslavement on African Americans,” said the New York-based NAARC in a statement on Saturday.

Democrats on the Committee advanced the legislation over the objection of Republicans by a vote of 25 to 17.

NAARC said the surge of interest in reparations comes amid a national reckoning over racial injustice, as Americans watch the trial of the white former police officer who killed George Floyd and learn details of the case of another young Black man shot and killed by an officer in the Minneapolis area.

“It also comes as African Americans continue to be disproportionately impacted by the COVID-19 pandemic,” NAARC said.

NAARC said the bill is on track for a floor vote in the House of Representatives in the weeks ahead.

“The goal of this historical Commission is to bring American society to the new reckoning with how our past affects the current conditions of African Americans and to make America a better place to help and truly study our disadvantages,” said Congresswoman Jackson Lee.

Dr Ron Daniels, NAARC convener said: “This is truly a milestone in the history of the multi-generational struggle for reparations.

“I am proud of the role that NAARC and N'COBRA played in shaping this potentially transformational legislation,” he said. “We commend Congresswoman Sheila Jackson Lee for brilliantly upholding the legacy of Congressman John Conyers, Jr as the lead sponsor on HR-40.”

Encouraged by the National Coalition for Reparations for Blacks in America (N'COBRA), Congressman Conyers, the longest serving Member of the Congressional Black Caucus, first introduced HR-40 in 1989.

In its initial form, it was a bill that proposed creating a commission to study the issue of the enslavement of Africans and its consequences.

NAARC noted that Conyers “religiously” re-introduced the bill in every successive US Congress.

“It was largely viewed as an effective educational and organising tool by reparations advocates that seldom garnered more than 50 co-sponsors,” NAARC said.

But, in 2015, NAARC and N'COBRA urged Conyers to change HR-40 to a bill that would offer remedies for enslavement and government sanctioned discriminatory policies and practices. Conyers agreed.

The current legislation will establish a “Commission to Study and Develop Reparations Proposals for African Americans.”

Under the leadership of Congresswoman Jackson Lee, NAARC said HR-40 has more than 180 co-sponsors.

The bill also enjoys the support of Speaker of the House Nancy Pelosi and Majority Leader Steny Hoyer, and US President Joe Biden has signalled that he is open to supporting a bill to study slavery.

“The US Congress finally took the kind of action on reparations that movement advocates, experts and Black people have been demanding for decades,” Dreisen Heath, a racial justice researcher for Human Rights Watch, a New York-based human rights organisation, who testified at the hearing, said in a statement.

“This milestone moves the nation one step closer to comprehensively reckoning with the disastrous effects of slavery that have been compounding for Black people every day,” she added.

In a separate statement, Human Rights Watch said: “As Dr Martin Luther King, Jr said in 1963, the movement for racial equality and equal rights under the law calls on us to move courageously towards repair.

“HR 40 passing this committee vote is the first step in paving the way for the US to repair the enduring harms of slavery and adopt measures to directly address racial inequality,” it said.