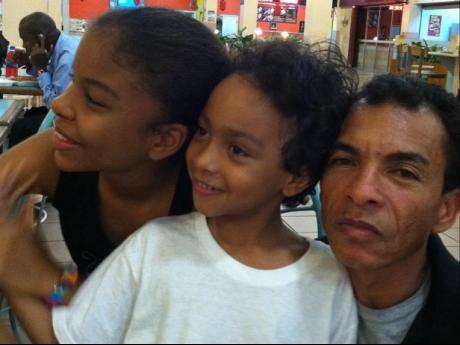 Roy Jackson and his deceased daughter Khanice (left) and son Alex in their younger years. Alex is now 15. Khanice, 20, was murdered in March.

WESTERN BUREAU:
Roy Jackson was in anguish on Monday evening as he begged for the burial of his 20-year-old daughter, Khanice, to be delayed until he recovers from COVID-19 so that he may travel to Jamaica to say farewell.

Jackson, who lives in Connecticut in the USA, will likely miss the funeral scheduled for this Wednesday.

Over two weeks ago, the father of two tested positive for the coronavirus and will do another test this Thursday. 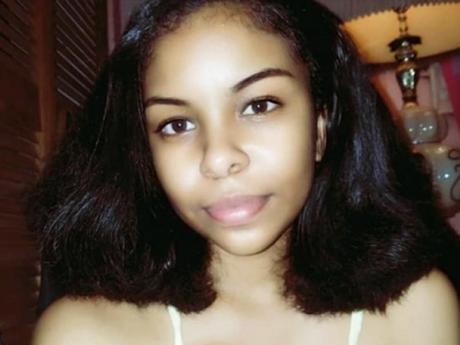 He has provided the result of his positive COVID test for scrutiny by The Gleaner.

In the meantime, he is appealing for a two-week delay so that he and his son Alex, Khanice’s only sibling, can attend the burial.

Eunice Chambers, Khanice's mother, said the original burial date was April 15 and was changed to April 21 to accommodate Jackson because his green card had expired.

The COVID diagnosis would mean another unwanted delay, said Chambers. 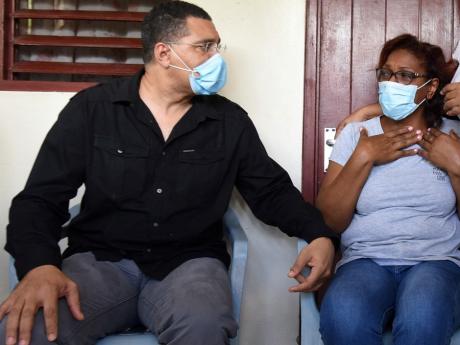 “I don’t believe him,” she said, admitting that she has blocked all his calls because she was tired of his "excuses".

But  Jackson insists that he is unable to travel at this time and is willing to absorb the additional cost for the postponement of the burial.

“All we are asking for is two weeks,” he pleaded.

Khanice was killed on March 24.

Fifty-year-old mechanic Robert Fowler has been charged with her murder.

LISTEN: How Khanice Jackson was killed and her body dumped ​

Neither, Jackson, his wife Collette or son Alex, has seen Khanice since 2018.

He admits that the relationship with her mother has been strained since for the past 18 years.

But he said having played his role as a dad throughout Khanice's life, he is left hurt.

“It is as if we don’t exist. I don’t count in the equation. It’s just illogical, but I am always going to avoid confrontation,” he said.

His voice cracking, Jackson muttered: “I love my daughter world without end, and even if it’s a closed casket, I wanted to go see her. I don’t care what state her body is in.”

Jackson explained that over the past two years he didn’t communicate much with Khanice because he had limited "access" to her.

"We would call her phone and sometimes her mom would answer, saying she was not available to speak or too busy,” he stated.

But Chambers told The Gleaner that there was no father-daughter relationship.

“He was never responsible for her. He did nothing for her. Everyone in the community knows it was Khanice and me,” said Chambers.

She said although Jackson paid the school fee when her daughter attended St Andrew High School for Girls, she had to call him continuously to get it done.