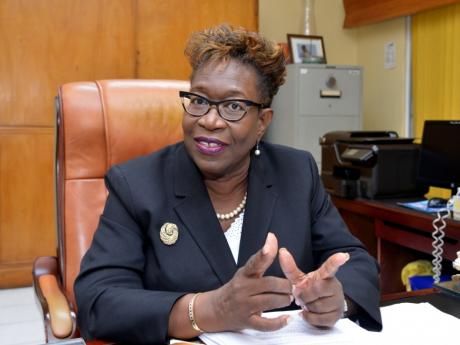 The decision came just over six weeks after submissions were heard on March 1 from attorneys for the Office of the Director of Public Prosecutions and the PNP officials.

“The rule of law is alive and well in Jamaica,” Director of Public Prosecutions Paula Llewellyn said today in response to the ruling by the Privy Council in the Trafigura case.

The decision came just over six weeks after submissions were heard on March 1 from attorneys for the Office of the Director of Public Prosecutions (ODPP) and the PNP officials.

The ODPP is Jamaica’s designated Central Authority under the Mutual Assistance (Criminal Matters) Act and in this matter acts on behalf of Dutch investigators probing a 2006 donation to the PNP by the firm, Trafigura Beheer.

The case stems from a request by authorities in The Netherlands for Simpson Miller; former PNP chairman, Robert Pickersgill; current PNP chairman, Phillip Paulwell; former general secretary, Colin Campbell; and businessman Norton Hinds to answer questions about a $31-million donation to the party in 2006 by Dutch firm Trafigura Baheer.

In 2011, Hinds began answering questions in the Supreme Court when the case was halted by a stay of proceedings granted by the Court of Appeal.

They then applied for and were granted leave to take the matter to the privy council.

Their application was refused.

Llewellyn said she would wish “to record the fact that this judgment has vindicated the decision made by Justice Campbell in accordance with the open justice system to have the matter heard in court.”

She commended Queen’s Counsel Caroline Haye for the yeoman work she did in commencing the proceedings in court.

She said when Haye left the department, the baton was passed to senior deputy director of public prosecutions Andrea Martin Swaby who argued the appeal in a very erudite manner.
Llewellyn said her office, which has the responsibility for handling requests from requesting States, has always acted as a matter of law in accordance to the onerous responsibilities that have been placed on its shoulders.

“This matter has a very long history but we have always been guided by the law,” she said.