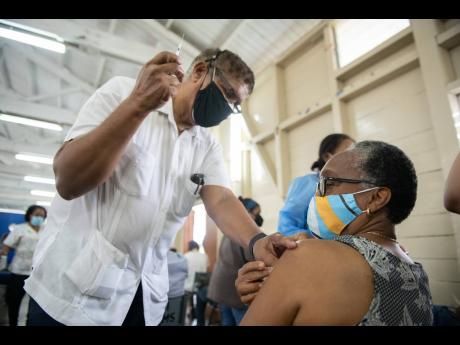 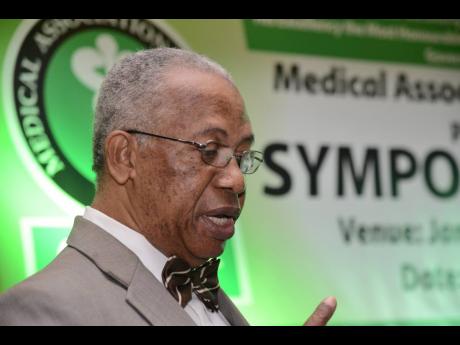 With concerns that high-risk people in deep rural communities have not been netted by the mass vaccination programme over the past six weeks, one public-health expert says the roll-out of the mobile immunisation units could prove crucial in reaching those most vulnerable.

This comes amid emerging data that although Jamaica stands tall in gross volume of 135,473 vaccinations, the island, with 4.6 doses per 100 people, ranks at the bottom of the table in the independent English-speaking Caribbean in terms of COVID-19 immunisation administered relative to population size. The country is 84th on the table of 157 nations.

According to a New York Times tracker, only Antigua and Barbuda is in the global top 20 in vaccinations per 100 people. Antigua lies 17th with 30 per 100 people.

Only the Bahamas and Trinidad and Tobago fall lower as independent English-speaking Caribbean nations.

Professor Winston Davidson argued that if the vaccination process is not seamless, some people will be less willing to turn out to the sites.

“Especially the elderly, they will be least likely to be out if you don’t make it easy for them,” Davidson told The Gleaner on Sunday.

The Government is planning another blitz on the arrival of another 55,000 doses of Oxford-AstraZeneca COVID-19 vaccine, expected to arrive in Jamaica this week.

Kingston and St Andrew accounted for most of the persons vaccinated, garnering just over 30 per cent of the share. No other parish got above nine per cent, and Portland and St Thomas got two per cent each – the lowest share.

“It is something that is expected, and one would in fact be very pleased if there was a mobile fleet that was able to carry out these vaccinations, especially in the rural areas,” the public health expert said.

Between April 9 and 13, when the public-health system was engaged in mass vaccination, 26 per cent of those who received the vaccine were between ages 60 and 69.

Opposition Spokesman on Health Morais Guy said he was not too concerned that the lion’s share of the vaccine went to Kingston and was not too worried either about rural communities.

“For persons who are at home and who are unable to leave their houses for reasons for health, we had proposed that the Government has facilities where they go into these areas, and they will be pointed out by the community health aides who work in the respective areas,” Guy, member of parliament for the rural St Mary Central, told The Gleaner on Sunday.

Data covering the period up to April 13 show that the proportion of deaths from COVID-19, compared to the total number of people diagnosed with the disease, increases with age.

Males account for 55.2 per cent of the deaths so far in Jamaica.

But at the same time, more women are taking the COVID-19 vaccine than men.

Data show that 56 per cent of those who took the vaccine are women.

“That is not unusual in relation to male-to-female ratio going to see a doctor. In our culture, usually, a male is dragged screaming by either his girlfriend, babymother, his daughter, or his wife to the doctor. Males are poor in seeking medical services,” Davidson said.