No excuse for wanton dumping of garbage – Gordon 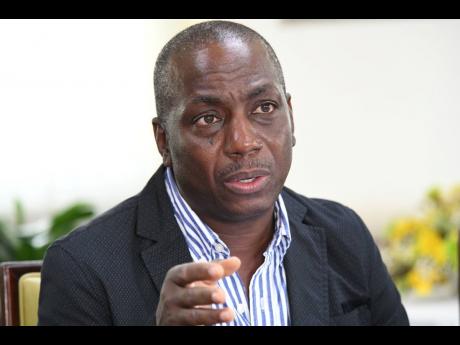 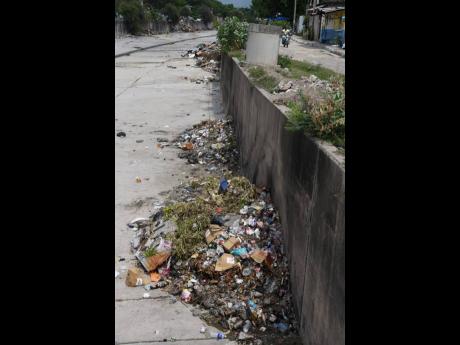 Ian Allen
Garbage in the Sandy Gully dumped by residents of both Waterhouse and Drewsland is an eyesore. Residents say they are forced to dump the garbage in the gully because the garbage truck does not enter the communities often enough to clear the garbage. 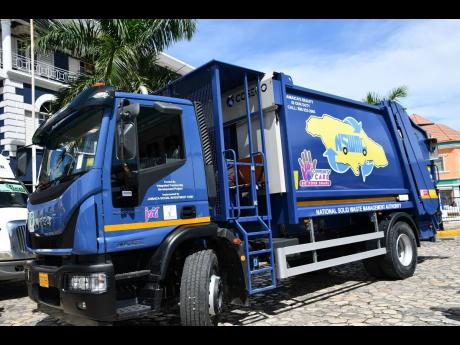 File
The NSWMA says it requires a minimum of 100 reliable trucks to adequately carry out its mandate in the Metropolitan Parks and Markets region..
1
2
3

The mounds of solid waste and the burn marks along both sides of the section of the Sandy Gully bridge which separates the inner-city communities of Waterhouse and Drewsland in West Central St Andrew, bear testament to the manner in which residents of these communities have been disposing of their household and other waste for decades. And despite the best efforts of the National Solid Waste Management Authority (NSMWA), things don’t seem likely to get better any time soon.

During a visit to Waterhouse recently, residents blamed the NSWMA for its failure to do regular collections, but head of the organisation, Audley Gordon rejected this excuse. He told The Gleaner that the residents have no excuse for littering the gully, arguing that concerns about public health should have pushed them to keep the gully clean, by collecting and packaging their garbage properly for disposal.

He said it was frustrating that Jamaicans from all walks of life continue to defy instructions to properly containerise their garbage in preparation for collection.

“If people don’t containerise their garbage properly, no matter what intervention you put in, it will never be enough. There is no excuse for dumping in the gullies and sometimes I think we give the impression that somehow, there is a legitimate reason to dump [waste] in the gullies,” he told The Gleaner.

A look at the garbage piled high along sections of the gully would seem to support Gordon’s assessment, since most of it was loose and not packaged. Even as he admitted that the NSWMA is operating with well below the cadre of reliable trucks that would give the required efficiency levels, the agency head said Jamaicans are not doing nearly enough to keep their surroundings clean.

“We don’t have the number of trucks that we need and that is well documented. We were promised a hundred trucks in the last fiscal year. I think all reasonable Jamaicans will acknowledge the effects of COVID-19 on the Jamaican economy and why the Government would have deferred that particular commitment for a later date,” he explained.

“In the MPM (Metropolitan Parks and Markets) region where the Drewsland gully is, we do have a strong support from private trucks that we engage to help us with our trucks and on a daily basis, we would have no less than 60 trucks in the Kingston and St Andrew, St Catherine and St Thomas area, and that is not enough.”

In fact, to adequately service these areas would require a minimum of 100 reliable trucks, according to Gordon.

“You want reliable trucks, not trucks that are up for half a day and down for half a day. Not trucks that you get a day’s work out of and then they are down for three days. We need reliable units, and I stress ‘reliable’ because that is what messes up our scheduling. So that’s a real challenge,” he admitted.

“We cannot have as an excuse for dumping wantonly in the gullies and in the waterways because the garbage truck has not come round. We preach day in day out, proper containerisation of garbage. That is not too much to ask of each citizen, to properly containerise their garbage and put it somewhere that we can access it.

“We cannot clean up Jamaica as an agency without their support, which is why we ask them to properly containerise their garbage and place it where the truck can access it. If they see the containerised garbage packed up for days and the truck doesn’t come, then we are culpable. But where people conveniently toss garbage in a gully and then say it is because the truck hasn’t come, is something that we, in all good conscience, cannot support.”

Given the narrow roadways which are often a feature of these communities, the NSWMA trucks will never be able to get into these streets and lanes to collect the garbage, but it can’t be too much to ask people to walk to a central point and place the containerised garbage in a designated area.