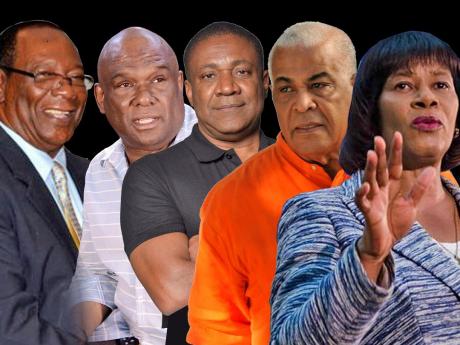 Five functionaries of the People’s National Party (PNP) will have to testify in open court in the Trafigura bribery case after the Privy Council this morning upheld the rulings of local courts.

They have now exhausted all their options as the United Kingdom-based Privy Council is Jamaica’s highest court.

The judges handed down their decision just over six weeks after hearing submissions on March 1 from attorneys for the Office of the Director of Public Prosecutions (ODPP) and the PNP officials.

The case had been stalled by legal challenges for over a decade.

The ODPP is Jamaica’s designated Central Authority under the Mutual Assistance (Criminal Matters) Act and in this matter acts on behalf of Dutch investigators probing a 2006 donation to the PNP by the firm, Trafigura Beheer.

The authorities in The Netherlands requested that Simpson Miller, Pickersgill, Paulwell, Campbell and Hinds answer questions about a $31-million donation in 2006.

The financial contribution was made while Jamaica, under the leadership of the Simpson Miller Administration, had an oil-lifting agreement with Trafigura.

In 2011, Hinds started answering questions in the Supreme Court when the case was halted by a stay of proceedings granted by the Court of Appeal.

Campbell's decision was upheld by the Court of Appeal, a ruling the PNP officials have now unsuccessfully challenged before the Privy Council.