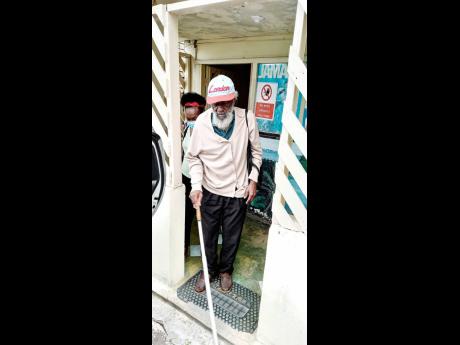 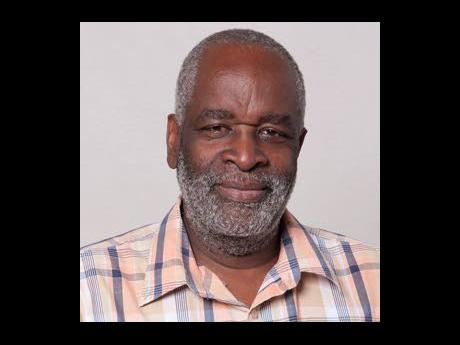 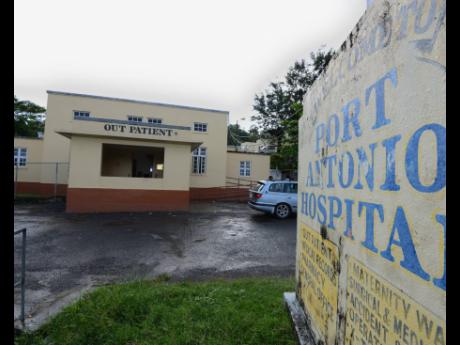 A visually impaired 65-year-old man, who was given marching orders from the Port Antonio Hospital to free up bed space after spending two months there, has been left hopeless, frustrated and virtually abandoned.

Michael Grant was booted from hospital on Saturday, April 3, and left to comb the streets of Port Antonio, Portland, in search of meals and a place to lay his head. He eventually took refuge on the verandah of Carlene Valentine, a senior citizen and resident of Manning Avenue.

“Mi just need somewhere to stay. Mi head feel like it a go burst,” Grant told The Gleaner, burdened by his plight.

He expressed gratitude to Valentine, Nurse Taniesha Wright, and Councillor Dexter Rowland for helping him to get shelter for the Easter weekend.

Grant, who is diabetic and hypertensive, was pondering where he would spend his Easter Sunday and Monday, amid the inclement weather, when three residents he did not know came to his assistance with a meal and lodging.

Rowland, Wright and Valentine gave him toiletries and secured accommodation at a guest house for Grant as the Portland Infirmary has stopped taking new residents due to COVID-19.

“There was no way that we were going to leave him out on the street, especially during the inclement weather. Though our intentions were pure, we encountered some challenge as we had to ensure that he was supervised during his stay,” Wright told The Gleaner. “Fortunately, we were able to hire the service of a lady, who was willing to stay with him at the guest house and to act the part of a caregiver. Having done that, we all felt good that we had rendered some service to humanity as he would at least be sleeping in a warm bed on Easter Monday.”

Once a certified technician operating a repair shop fixing fans and electronic devices, Grant said he started to lose his sight after dust from a television set blew into his eyes causing serious damage to the retina. His condition worsened and by 2005, or thereabout, he was completely blind.

Plagued by health challenges, Grant spent the last three years in and out of hospital at the Kingston Public, Annotto Bay, and then Port Antonio facilities, respectively.

Paul Young, chairman of the North East Regional Health Authority Human Resource Subcommittee, admitted that it was a tough decision to release a visually impaired man from hospital due to a need for bed space. He said that while he sympathises with Grant’s condition, the move was necessary.

He pointed out that family members are at times reluctant to collect their relatives from hospital even though their health condition has improved and they have been cleared to be discharged.

“My understanding is that this gentleman has been at the hospital for approximately two months, although he ought to have been sent home. The hospital is not a hostel, and from time to time, we urge and encourage family members to collect their relatives whose conditions have improved, and they may have also overstayed their time,” said Young.

“We are desperately trying to get him permanent lodging, and that process is far advanced. It is sad and rather unfortunate that his children are not willing to come to the aid of their father, who is in dire need of help,” said Rowland, councillor for the Port Antonio Division.

Wright, who later contacted one of Grant’s daughters living overseas, said that she broke down in tears after being told that no assistance would be forthcoming as they did not have a good relationship.