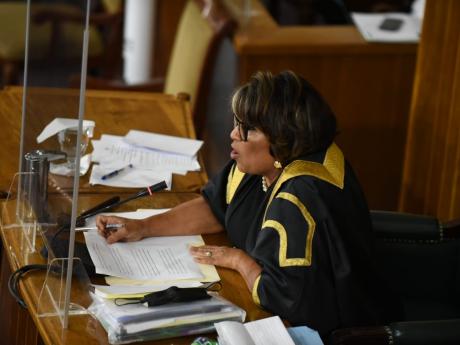 Dalrymple Philibert confirmed reports that Wright had proceeded on leave of absence from Parliament but did not provide details as to why he had requested it - Ian Allen photo.

Speaker of the House of Representatives  Marisa Dalrymple Philibert says that embattled Westmoreland Central Member of Parliament George Wright will not be allowed to sit with the Jamaica Labour Party Government caucus in Gordon House.

In a joint statement from women in parliament on violence against women this afternoon, Dalrymple Philibert said that Wright was no longer under government control.

She confirmed reports that Wright had proceeded on leave of absence from Parliament but did not provide details as to why he had requested it.

Wright has found himself in a whirlwind of controversy ever since a video surfaced alleging that he physically abused a woman. 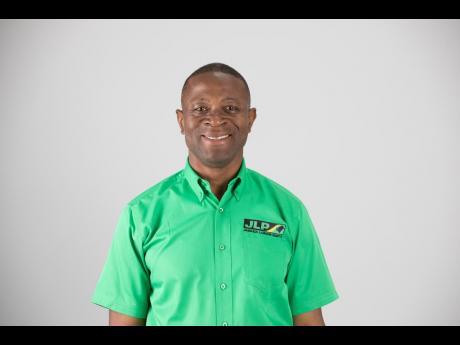 However, the police have said that Wright and Tannisha Singh, who both made reports of assault against each other, have indicated that they no longer wished to press charges.

READ: Why the police have closed the assault case involving Westmoreland MP

Dalrymple Philibert said the group denounces domestic violence in all forms regardless of who the perpetrators are or may be.

She charged that gender-based violence must at all times be denounced as a threat to life, well-being, and happiness of Jamaicans.

“We, therefore, have never condoned and will never condone violence in any form, but in particular gender-based violence.”

“Together we feel the urge at this time to come together in solidarity with our sisters, women, who are in the line of fire from the lethal forces of domestic violence, most often meted out to them by men who may be intimate partners, co-workers, family members or simply community members,” the Speaker said.