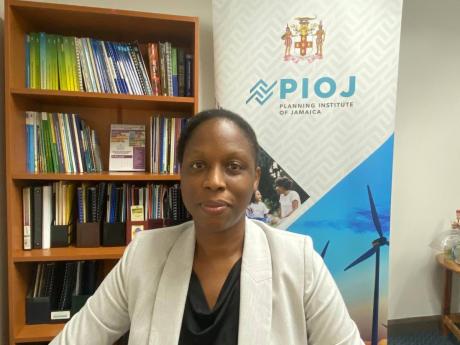 WITH NEARLY 70 per cent of the country’s population falling within the working-age cohort of 15-64 years as at 2018, director for Policy Research at the Planning Institute of Jamaica (PIOJ), Suzette Johnson, says that there is opportunity to boost the country’s productivity in order to further improve economic growth.

She was speaking at the virtual launch of the 2018 Jamaica Survey of Living Conditions (JSLC) last Wednesday.

Johnson said that the data from the survey also show that 25.9 per cent of persons, 14 years and older, who comprise the labour force reported having “some form of academic qualification” that would allow them to enter and advance in the workforce.

She further noted that 21.6 per cent of the respondents indicated that they had, at some point, enrolled in a skills training programme, while 60 per cent reported having no certification.

“For those in the prime working-age group, that is persons 25-54 years, the proportions were slightly better,” she pointed outed.

Meanwhile, Johnson said the national demographic statistics derived from the survey show a decline in the child population, ages 0-14 years, and an increase in the number of persons, 65 years and older, who are categorised as the dependent elderly.

“In 2018, a look at the distribution by age showed that children accounted for 21.5 per cent and the elderly a little under 10 per cent,” the director said.

The JSLC is a collaborative effort between the Statistical Institute of Jamaica, which conducts the survey, and the PIOJ, which analyses and publishes the results.

The 2018 survey, which was conducted between May and December, involved more than 13,000 individuals from 4,547 households.

Johnson said the JSLC has been providing “rich data” since 1988, and it continues to be an invaluable resource for policy guidance and research by public and private-sector stakeholders, including the Government of Jamaica.