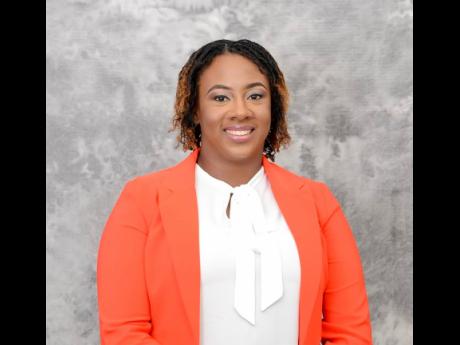 Abigail Malcolm, caretaker councillor for Westmoreland’s Cornwall Mountain division and a survivor of domestic violence, wants stronger support systems to be put in place for women who want to leave abusive relationships, as well as stricter legal penalties for persons who perpetrate gender-based violence.

“It is full time for us in Jamaica to have support programmes for women who want to get out of abusive relationships, and not just have them talk to a counsellor and then it is finished and you do not check up on them to see how they are doing. We have a few women’s groups that are very supportive, but I think something more can be done,” Malcolm told The Gleaner in an interview on Sunday.

“We also need stricter penalties to be put on these males who will take the life of a female because she wants to leave the relationship, or she may have had issues with the man and decided to walk away. You are going to take the life of a female, but when you go in front of a court you are being sentenced to eight years in prison, which I do not think is fair enough,” Malcolm added.

She made the call two days after a series of protests were held in sections of the Westmoreland Central constituency, whose Member of Parliament George Wright was hit with assault allegations after a video of a man physically attacking a woman went viral on social media. The protests were held in the Savanna-la-Mar and Whithorn communities, with the participants calling for an end to violence against women.

The Jamaica Labour Party also announced that Wright was expected to withdraw from the Government’s parliamentary caucus, and that he would be an independent member of the House of Representatives.

However, the police later announced that they had closed the case, as Wright and businesswoman Tannisha Singh, who had made separate reports about a physical altercation following the video’s release, both indicated that they no longer wished to press charges. Despite this, there are still calls for Wright to resign, with petitions to that effect having been made on the website Change.org.

In the meantime, Malcolm, who left her own abusive relationship of seven years in 2020, said she wants to spearhead a women’s empowerment movement for girls and young women who have experienced or are experiencing various types of abuse.

“I would like to start a women’s empowerment initiative to reach out to young girls who have had teenage pregnancies or who may have been raped, to give them a word of encouragement that this is not the end of the world. I believe that if most of these young girls have somewhere that they can vent, they will leave these relationships,” said Malcolm. “When they are dependent on the abuser, they will not leave, because the first thing they will say is that they cannot manage on their own.”